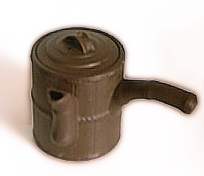 Things I got for my birthday:

The Ultimate Fake Band List. From Autobahn to Dogs In Space, and from Mike Myers' Ming Tea to MC Skat Kat and the Stray Mob, it's all here. (via Plastic)

Miffed at bans on whaling (and the limits of how much you can write off as "scientific research"), the whaling port of Hirado in Japan is looking at establishing a whale farm. The idea involves fencing off 2,000 square metres of ocean and then netting and corraling whales from the high seas in this area.

Read: The Geeks who saved Usenet, the story of how (parts of) USENET from the dawn of time (i.e., the early 1980s) was preserved by a small number of sysadmins and researchers, eventually ending up on Google. (via onepointzero)

A woman with the euphonious name of Decca Aitkenhead has written a book about her search for the perfect E (the drug, that is). The Grauniad has published an excerpt, in which her quest takes her to America:

When manufacturers began tampering with Es, they would substitute the cheaper ingredient of amphetamine for MDMA. Then came a spell when pills were laced with a hint of barbiturate, followed by a short but nasty batch of Es containing ketamine, a devastating veterinary anaesthetic. A particularly sneaky substitute is something called MDA, a derivative of MDMA. Popular with drug dealers, it mimics the effects of its chemical cousin for the first 15 minutes but then, very suddenly, it's over - giving the unlucky clubber just enough of a glimpse to tempt them back to buy another. A typical dud pill nowadays contains little more than glucose and caffeine, but MDMA is still out there and the quality of Es varies widely, each new brand quickly acquiring a reputation on the club scene.