A piece about Neil Halstead's gig tomorrow night. The rumours of him playing material from all seven albums of his career (which would include the 3 Slowdive albums) certainly sound exciting. Hope it's not just Dagger (the only Slowdive song Mojave 3 do live). (ta, Cos)

Ideas of our times: War Is A Force That Gives Us Meaning: (via MeFi)

War makes the world understandable, a black and white tableau of them and us. It suspends thought, especially self-critical thought. All bow before the supreme effort. We are one. And given a choice between a vapid life of ease or one of danger, adventure, hardship and even violence most of us willingly choose the latter, at long as we can fold it into a belief system that paints the ensuing suffering as necessary for a higher good. We will always choose meaning, even if it entails suffering, over a hollow life in the pursuit of happiness. For it is not happiness we seek but meaning. And war is perhaps the most powerful engine in human society to achieve it.

Oh yes, part 3 of Jury Service is up.

"But from traces of carapace scraped off the walls of the Bey residence nursery, we have obtained a partial genotype. Tell your guidebooks or familiars or whatever to download Exhibit B for you. As you can see, the genome of the said item is chimeric and shows signs of crude tampering, but it's largely derived from drosophila, mus musculus, and a twentieth-century situationist artist or politician or something called Dan Quayle. Large chunks of its genome appear to be wholly artificial though, written entirely in Arabic, and there's an aqueous phase Turing machine partially derived from octopus ribosomes to interpret them. It looks as if something has been trying to use the shari'a code as a platform for implementing a legal virtual machine. We're not sure why, unless it's an obscure joke."

I just went to post a CD overseas, and the post office clerk asked me for ID; she entered my details into the computer and wrote a long alphanumeric code from the screen on the package. Apparently, this week laws came into force saying that ID is required for posting packages overseas, and the details are entered into databases.

The era of Total Information Awareness has come to Australia, and gradually all forms of anonymity are being criminalised. How ironic it will be when, mere decades after the triumph of global liberal-democratic capitalism and the vanquishment of totalitarianism, the Free World transforms itself into Stalinist Russia with better technology; a huge shopping-mall-cum-prison-camp whose inmates demand tighter security and heavier chains for their own protection from the evil that lurks outside.

(If you mention Big Brother to most people, they will think it was just a stupid TV show, and probably opine about which housemate they found most annoying and/or sexually attractive. It seems that Orwell's cautionary tale has all but disappeared from public consciousness.)

The US military is likely to install anti-missile missiles in the UK; the missiles will, in theory, shield North America from missile attacks from the Middle East, if Saddam or Osama gets ICBMs and doesn't have the common sense to launch them from a freighter in the mid-Pacific or somewhere. It will not protect Britain from attacks, mind you, and is likely to increase the likelyhood of attacks against Britain. However, can you see Blair saying no to this? Neither can I.

(If such a programme puts Britain in the frontline to protect the US, they should at least allow the British government to relocate to North America, safely behind the shield.) 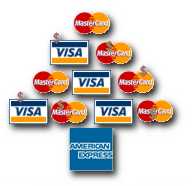 It's that time of the year, when shops and public places replace their annoying top-40 music with annoying Christmas music (in particular, look out for the "hip" "rock'n'roll" Christmas songs between the regular carols; a guaranteed hit with the kiddies, those), and people who should really know better wear those daft foam rubber reindeer antlers in public. Yes, Christmas (or Hannukah or Kwanzaa or Winterval or whatever you call it) is upon us once again, and hence the new (or, perhaps more accurately, "new") title graphic.

And remember: make sure you buy lots of stuff this year, or the terrorists will have won.

I just got a spam claiming to be from a major Australian advertising agency (Singleton Ogilvy & Mather) on behalf of American Express; it was sent to an email address I hadn't put on anything for some years and had ACN numbers at the bottom and everything. Now it could be some sort of fraud, but if it isn't, it looks like major Australian advertising agencies are now adopting the trade practices of trailer-park chickenboner conmen. Could it be a sign that Australia's economy is going the way of Argentina and other spam-centric econimies?

In any case, I've sent it to SpamCop.