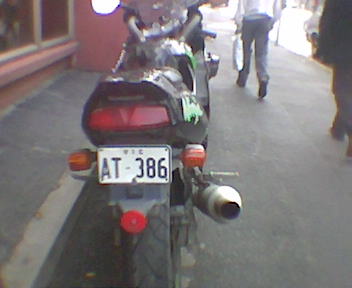 A numberplate on a motorcycle. I wonder whether it's a coincidence or whether the owner is a vintage PC buff (or possibly was a state-of-the-art PC enthusiast when they got it, 13 or so years earlier). 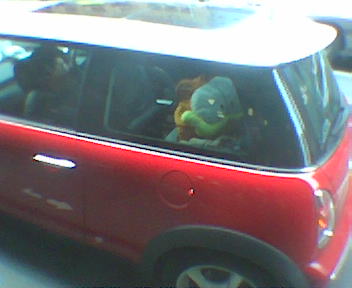