Seen in a bargain shop on Smith St.: 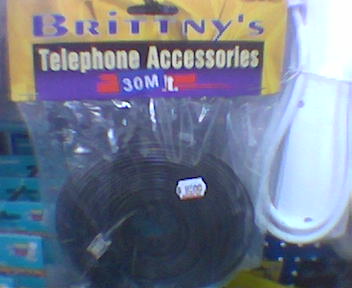 Because everybody knows that anything sells better when it's branded with a celebrity name (even one that has been bowdlerised for trademark reasons).

Blogging at the Null Device will be very sparse for the next few weeks, as I am in the process of relocating (temporarily) to the UK (doing the typical Australian working holiday thing). From tomorrow, I will be without my main computer, and as such probably won't be posting much. Anyway, if you need something to read in my absence, you could always visit Virulent Memes or bOING bOING, or, indeed, anything else on the blogroll.

There's a new addition on the Lost Treasures page; Jelly CD, a compilation of some of Lora/Laura Macfarlane's early projects' EPs, has now joined Clag's Manufacturing Resent in the world of MP3 files.

A businesswoman in the UK has been banned for asking for "hard-working" staff in a job ad, as doing so would discriminate against the lazy.