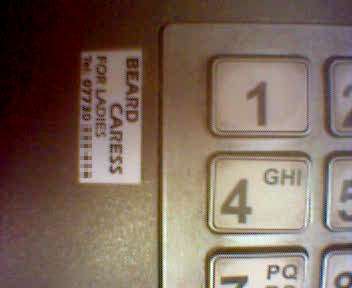 My first thought was that it must be a very specialised market. Not many ladies have beards, after all.