Former chess grandmaster turned reclusive eccentric and al-Qaeda cheerleader Bobby Fischer is being released from a Japanese prison after Iceland gave him citizenship by act of parliament. The U.S. Government, who wanted to extradite him to face charges of violating sanctions when playing a game in Yugoslavia, is supposedly pissed off.

A question of international law: is there anything preventing the U.S. from scrambling some fighters to intercept the plane carrying Fischer over international waters, escorting it to a landing in, say, Guam, and taking Fischer off there? If there is, would be a more egregious violation of international law than torturing detainees at Guantanamo? If the U.S. wants to show the world that, as the sole superpower, it is the law, that may be a powerful symbolic gesture.

Also, if Fischer does take up residence in Iceland as a citizen, won't he have to change both his name and his father's name to recognised legitimate Icelandic names?

There is now a Tricks of the Trade weblog:

If you listen to the radio while coding but are distracted by ads or yammering DJs, tune into a foreign internet radio station such as http://www.radiobeat.cz or http://www.futuro.cl, where all interuptions are in a language you don't understand.

Wear a kilt when playing bagpipes on the street. You will make twice as much money than if you wear regular clothes.

If you're faced with an irate customer on the telephone who won't let you help him, leave them on hold for about three minutes, then pick back up and pose as the manager. Thinking they've "won" the battle, the he customer is much more likely to work with you.

If you faced with bad service and are being "escalated," calm down before interacting with the next person up the chain of command. The lowly incompetent drone you've been howling at will likely warn his supervisor to expect a raging psychopath; if you are on your best behavior when the manager speaks with you, he will probably be confused and much more inclined to help you out. 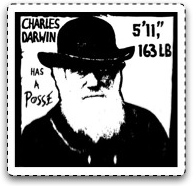