Quite probably the world's coolest-looking pizza cutters, which look like some kind of collision between Gigeresque biomechanics, steampunk and cyberpunk: 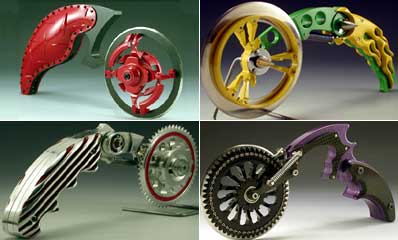