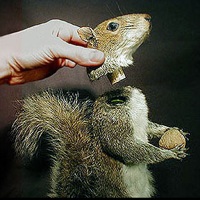 Concorde may be dead and gone, but supersonic passenger air travel may yet return; France and Japan have signed an agreement to develop a successor to Concorde, which will be able to fly from New York to Tokyo in 6 hours. Though, given Peak Oil and the looming oil crunch, it's probably not likely to be any more affordable than the original was. I suspect that Ryanair won't be putting in an order for any.

Tory-affiliated British magazine The Spectator has a rather arch write-up of the Schapelle Corby spectacle and reaction to it in Australia: (registration required)

It's the ultimate reality TV show. Corby, who seems to be the only bule (foreigner) in Bali who doesn't sweat, has adapted well to her starring role. In jail she has slimmed down from a plumpish and brassy suburban shrill to a demure girl-next-door. Last week she added an elegant and much-fingered necklace crucifix to her outfit. The news execs love it, but their concern for Corby contrasts with their apparent indifference to the plight of the dozen or so other Australians -- Asian Australians -- held elsewhere in the region and either charged with or convicted of drug-smuggling.

Australians fancy they see something of the Gallipoli spirit in Corby. She has been cast as a humble "Aussie battler" abandoned by her government and struggling in vain to overcome an insurmountable foreign adversary. The enemy is not "Johnny Turk" this time but the "brutal" Indonesian legal system which has the nerve to conduct its affairs in Bahasa Indonesia, not Australian English. As Corby fans see it, the bases were clearly all loaded against their girl, the sinister outcome predetermined in Indonesia's murky shadows.

Though could one think of a better folk hero for a nation which prides itself on its larrikinism, whose unofficial national anthem is a song about a sheep thief, and where an armed robber has been transformed into everything from Robin Hood to the spiritual father of the Australian Labor Party and/or the Republican movement? Especially in the age of reality-TV, where photogenic looks and image management count for a lot.

At the end, the article ties in the spectacle to the latte-sipping-cosmopolitan-elite-vs.-silent-majority-of-suburban-battlers culture-war dialectic:

The demographer Bernard Salt says the Corby matter explodes what has always been the myth of Australian egalitarianism. Salt has previously noted, controversially, that Australia, like most countries, has an educated minority, a cultural and cosmopolitan elite that directs its politics, its economy, its popular culture, with the majority functionong as essentially its market. He says that Australia's cosmopolitans account for at most one million of the nation's 20 million people.

But the elite aren't calling the shots on this one. There has been talk of a "redneck coup". And the circus shows no signs of packing up. A new lawyer has just been appointed to handle Our Schapelle's appeal. I met him last week, and he did not disappoint me. His name is Paris Hutapea, and he carries two sidearms (a Beretta and a Walther), sports shiny blue suits and an impressive mullet, and drives to work in a Humvee. His fingers drip with opal and diamond rings. He and big sister Mercedes should hit it off.

Meanwhile, Bruce Schneier writes about the anthrax scare at the Indonesian embassy, revealing that, since 9/11. there has been a white-powder scare in Australia on average every four days (most of which have been kept out of the news by the Australian press's (voluntary) D-notice regime).

A DJ in Russia built his own DJing cassette decks, with hand-operated jog-dials and motor and pitch controls, all in handmade Masonite packaging for that ghetto-tech look. And there's a Flickr photo set here.

Social psychologists in the UK have enumerated the nine types of (romantic) love. These include a "grown-up version" that involves mutual trust, recognition and support, the "Cupid's dart" variety, "hedonistic love" and "dyadic partnership love" (where two people become a single unit, presumably delegating cognitive tasks to each other), as well as various transitional forms.

First there were signs advising London Underground users to carry a bottle of water at all times; now, the managing director of the Underground has advised passengers to have a shower before travelling on the Tube. Because it's presumably easier to get everyone to do so than it is to install any sort of air conditioning in the ancient system of tunnels that comprises the Tube. You'd think that at least the Tube could meet people halfway and install coin-operated shower cubicles in their ticket halls?