After 28 years, seminal British chart-pop magazine Smash Hits is closing down, its circulation (and, indeed, relevance) being hit hard by the fact that today's tweens have MySpace and mobile phones and such.

BBC News 24 had an interview with Andy McCluskey of OMD, whom they brought in to their Liverpool studio to ask him about his thoughts on the passing of the magazine which covered his band. He made some interesting points: commenting about the fact that the shiny pop bands of his day differed from today's manufactured pop in that the former wrote their own songs (and the fact that he had manufactured the pop group Atomic Kitten wasn't lost on the presenters), and commenting that, in terms of cultural phenomena, NME now is equivalent to Smash Hits in the 1980s. (I'm not sure about that; I suspect that Smash Hits may have had better writing and been less whorishly boosterist.)

While the Smash Hits magazine closes, XRRF points out that the Smash Hits brand will live on, as owners EMAP do their duties to the shareholders and milk it for all it's worth. We can probably expect a Smash Hits ringtone download service or something.

(Your Humble Narrator vaguely remembers reading a similar-sounding Smash Hits magazine in Australia as a tyke; I don't know whether this was the British publication imported, an Australian franchise produced under license, or a slightly localised edition of the original, with all the British acts that never made it down replaced with Icehouses and Australian Crawls. I think it was one of the two latter ones; I seem to recall there having been a robust debate in the Black Type column about Icehouse frontman Iva Davies' choice of underwear or something similar.) 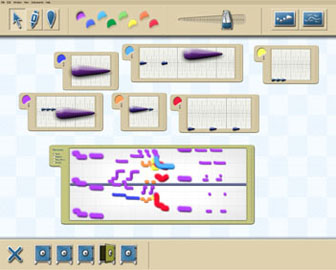 As the Hong Kong, the aspheads are adopting the tried-and-tested tactics of the most successful totalitarian regimes in history, and signing up children to look out for and report copyright violators.

The youngsters, part of uniformed groups like the Scouts, have been invited to join the Youth League for Monitoring Internet Piracy, which will be given a trial run next week.

If they notice anything that infringes on copyright, such as the illicit uploading of files, they can contact customs through a dedicated website.

Apparently 200,000 children have been signed up.