The latest old musical trend being revived, after garage rock, new wave, electro and synthpop, is soft rock. No, really.

Orson and the Feeling's music is openly based on soft rock, the province of 1970s superstars Bread, Chicago and Air Supply, a genre that has a fair claim to be called the most reviled in rock history. You can't even claim that soft rock's critical reputation took a nose dive in the years after punk, because long before the Sex Pistols soft rock's critical reputation was as low as it could get. "Soft rock music isn't rock, and it ain't music," protested US comedian George Carlin at the time. "It's just soft." And yet, 30 years after its heyday, here it is again, propping up the top 10.

"I am unabashedly a giant supporter of Hall and Oates, Steely Dan and the Eagles," says Orson's vocalist Jason Pebworth, who turned to soft rock after failed attempts to launch the band in the image first of Radiohead and then the Strokes. "It's like the smell of warm bread. It totally takes you back. I think squareness is coming back in. Be square!"

The Feeling's frontman Dan Gillespie-Sells concurs, with the caveat that his band never tried to sound hip in the first place. "I've never understood the Velvet Underground," he muses. "I've got a massive record collection, but it's all naff pop music. That's what interests me."

The soft-rock revival, if it is an actual phenomenon, could be partly a backlash against the tight/angular/jagged sounds favoured by a thousand indistinguishable NME bands in the past few years, without going as far as to make something original or truly challenging. There may well be an element of ironic machismo in it, with some hipsters flaunting their credentials by showing that they can get away with "liking" something more conspicuously uncool than the next guy. Though looking beyond that, there is the obvious truth that the semiotics of "alternative", "punk", "indie" and such have become so safely mainstream that they occupy a space not very far from the middle of the same road that the original soft-rock held in the 1970s:

But there is also the sense that an unashamed soft rock revival has arrived at a time when soft rock's mortal enemy, punk-derived "alternative" music, no longer seems terribly alternative. A decade after Britpop, the standard tropes of indie rock - the wall of distorted guitars, the anthemic ballads designed to be played when England lose on penalties - have become well worn, its influences familiar to everyone. "The edgy rock thing has gone round and round in circles for so long that people are looking for something new, something that's going to introduce you to music you haven't heard before," says David Balfour of Record of the Day, the website that first brought Orson to the British music industry's notice.

In addition, there is the real sense that "alternative" music has finally lost the moral high ground on which it was once predicated. Twenty years ago, indie music had strict rules: it was broadly anti-corporate; it ostensibly disdained the practices of the music industry. In recent years, however, all that has been eroded by alt.rock's desire for the kind of mass-market success afforded Oasis and Blur. Today, alternative music can't even claim to be an alternative to reality television; when Preston from the Ordinary Boys went on Celebrity Big Brother, not a voice from the indie scene was raised in protest.

The end result is that when Kaiser Chiefs sweep the boards at the Brits, there's none of the sense of shock that accompanied the Smiths' appearances on Top of the Pops. Instead, there seems to be something transgressive about unabashedly raiding the most critically reviled music in history for inspiration.

And then there's this observation:

But then, as Rowley notes, causing nightmares for a rock fan of a certain age and musical bent could well be the point. "If kids grow up with their dad listening to the Jam and the Clash, where's their rebellion going to come from? How are you going to wind your dad up? Well," he chuckles, "playing fucking Supertramp will really wind your dad up."

Until yesterday, the tiny island of Sark in the English Channel was the last feudal state in the Western world, operating under a regime of rule by a council of hereditary landowners, as it has been since the Elizabethan age. Of course, under the European Convention of Human Rights, this was just Not On, and so, after some prodding from the reclusive owners of a nearby island, the British government pressured the island's council to vote to abolish feudalism and bring in democracy:

Its 600 or so residents are governed by the Chief Pleas, a mostly hereditary body consisting of the heads of 40 farm-owning families and 12 elected deputies of the people.

Sark's new-look legislature will consist of 14 elected landowners and 14 elected residents, with everyone who lives on the island eligible to stand for election after the Chief Pleas voted 25-15 to approve the bill embracing the reforms. Elections - which must be symbolically approved by the Queen - will take place in December.

Of course, not all the locals are happy with their island's democratic revolution:

"It is an enormous leap - a bigger leap than we had wanted. The island was hoping to reform through evolution, not revolution," Jennifer Cochrane told the Press Association. "Feudalism is a great system and has worked very well."

She said Sark's feudalism was misunderstood, pointing out that the Chief Pleas were not oppressive or dictatorial "lords of the manor ... but part of the working community".

One of the concerns raised is that, now that Sark is a democracy, outsiders with no understanding of the island's sense of community could, for the cost of buying farms, end up taking power and transforming the island's culture irrevocably. 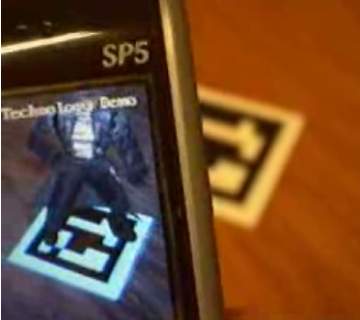 The latest tactic used by ATM card fraudsters in Denmark is to break into shops, pretending to ransack them, and surreptitiously install wireless card skimmers inside payment terminals.