A Norwegian woman was pleasantly surprised when she turned a kitchen tap on and beer came out. Because of high Scandinavian alcohol taxes, beer is prohibitively expensive in Norway, which must have made her surprise even more pleasant. Meanwhile, in the bar two floors below, the beer taps only issued water; it's not recorded how the bar patrons reacted to this. The mixup was due to a worker getting two pipes the wrong way around. 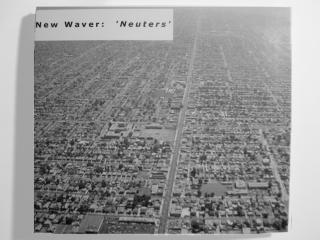 In Pakistan, kite flying is an extreme sport, in which people get killed:

But adults and children love to indulge in kite duels, and that is where the danger lies. For duels, the kites are flown on a thin wire or on a thick string coated with glass or chemicals, to better attack opponent's kites. Stray kites can and do drag their strings unpredictably, tangling around a human neck or limb and cutting it.

The furor over kite flying gained momentum last month when a 3-year-old girl was killed by a kite string. On Feb. 19, she was riding in front on a motorbike with her father, mother and two sisters. The bike sped into the path of a coarsened kite string, which must have dipped low with the winds.

For opponents, the wisdom is unquestionable. "People are dying and we are celebrating!" said Khawaja Izhar, 75, the chairman of Anti-Kite Flying Democratic Front.