There's an interesting article in the International Herald Tribute about recent trends in typographical fashion, in particular, the revival of Microsoft's Georgia typeface as an increasingly popular web font, and the trend towards retro-styled typography after the 1990s grunge fad:

Georgia was well-received, but initially proved less popular than Verdana, which was hailed throughout the late 1990s as the defining typeface of the new digital era. By the early 2000s taste was changing. Just as fashion buffs were rummaging around vintage stores and product design was embracing romanticism, type designers were dusting down their history books. Among the most popular new fonts was the elaborate Mrs Eaves, created by the Californian designer Zuzana Licko and inspired by the glorious swirls of the 18th-century Baskerville. Mrs Eaves became so popular, even in junk mail, that typography blogs grumbled about it being over-exposed.

Designers continue to reinvent historic typefaces, but in a more restrained style. Again this reflects broader changes in visual culture. The typographic equivalent of the trend for fashion houses, like Lanvin and Balenciaga, to reinterpret vintage looks with advanced materials and technologies, is the development of computerized reinterpretations of elegant old serif typefaces, like Bodoni and the 15th century Bembo, for use in print. Among them are Farnham, developed for the art magazine frieze by the New York designer Christian Schwartz, and Guardian Egyptian, which he devised for the redesign of the British newspaper The Guardian, with the London-based designer Paul Barnes.

Seen in a recent spam message, from one "Fawlty Towers":


Along with a graphic containing a pitch for penis-enlargement pills or something of that sort, though that part is not important. It appears that these spammers are mining blogs and/or news sites for text, randomising it in some way (possibly using Markov chains), and reconstituting it in an attempt to get around keyword-based spam filters; and whilst they are doing so, they are providing the much put-upon recipients of their otherwise worthless and noisome messages with a sort of automated Dadaist poetry capturing the current zeitgeist. Zen Thanks indeed.

Attention LiveJournal/MySpace kids: not getting enough attention? You can always try faking your death online, and watching the gushing tributes flow in: 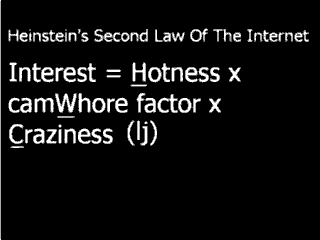 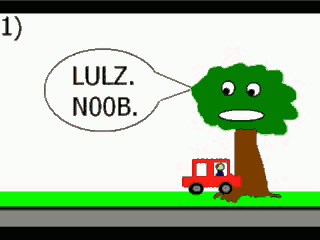 The producers of an independent film have ended up with egg on their face after accidentally using an offensive word for the Catalan language in their DVD subtitle menu. The author of the DVD, not being familiar with the 30 or so languages the subtitles are in, went to Wikipedia to look up the various languages' names for themselves, and just happened to hit the page on Catalan immediately after some vandal had changed the name for the language to be "Polaco", an abusive term for Catalan people (literally meaning, oddly enough, "Polish person"). The Wikipedia page was changed soon afterward, but the author didn't find out about the mistake until the DVDs with the insulting term had been sent out. Oops!

The indie-mp3 blog appears to be running a Sarah Records retrospective, including MP3s. The first item is, naturally, Sarah 001, or The Sea Urchins' classic floor-filler Pristine Christine.

(via cos) ¶ indiepop mp3s sarah records the sea urchins 0