The Graun has a piece on Don Tapscott's recently released book Wikinomics, and the theory that computer-aided networking may soon make large corporations redundant:

Ronald Coase had noticed something odd about capitalism. The received wisdom, among western economists, was that individuals should compete in a free market: planned economies, such as Stalin's, were doomed. But in that case, why did huge companies exist, with centralised operations and planning? The Ford Motor Company was hailed as a paragon of American business, but wasn't the Soviet Union just an attempt to run a country like a big company? If capitalist theory was correct, why didn't Americans, or British people, just do business with each other as individual buyers and sellers in the open market, instead of organising themselves into firms?

The answer - which won Coase a Nobel prize - is that making things requires collaboration, and finding and linking up all the people who need to collaborate costs money. Companies emerge when it becomes cheaper to gather people, tools and material under one roof, rather than to go out looking for the best deal every time you need a few hours' labour, or a part for a car. But the internet, Tapscott argues, is radically lowering the cost of collaborating. Companies - certainly big companies - are losing their raison d'etre. Individuals, and tiny companies, can collaborate without corporate behemoths to organise them. Considering how many of us spend our weekdays working for big companies, and then spend our weekends giving our money to them, this is a far-reaching thought.

Tapscott cites a number of examples, from a struggling gold-mining concern which, facing bankruptcy, opened up its geological survey data and, with the help of experts across the web, made a recovery, to Chinese motorcycle manufacturing, which rather than being dominated by large companies as in Japan or America, consists of networks of small suppliers and assemblers who meet in tea shops to do deals. (Which sounds weird, but it is exactly how a big chunk of the PC industry has been operating for a while; non-brand-name PCs, assembled from separately-bought parts by end users or small businesses.) And, of course, the user-generated content phenomenon.

If anything, it is tempting to suggest that Tapscott is too kind to large companies. (His multimillion-dollar research was, after all, funded by a consortium of them.) Wikinomics is a book for existing corporations who want to learn how to survive: he suggests, for example, turning consumers into "prosumers", with an active role in product design, as with Lego Mindstorms, a range of construction toys with robotic bricks, aimed at adults. And he's scathing about record labels and others who don't see that the internet is a platform on which they can build new, profitable products, rather than something to be fought with lawsuits. But in the very long term, there's no particular reason why large corporations should survive at all. If Ronald Coase's 1937 insight remains valid, we could yet see the day when big companies such as Google begin to look rather prehistoric -because they are still, after all, big companies.

The Times has the poignant story of the death of a 42-year-old loner, whose body was not found until, two months after his death, a neighbour (who did not know him) noticed an odd smell coming from his north London council flat:

For some, the decision to disappear is gradual. It begins with an impulse, a desire to disconnect. It could mean turning the phone off and retreating under the duvet. For most people, it’s a fleeting escape. Family and friends are what keep them tethered. But what happens to those who become untethered? Or let go on purpose? Days, months, even years can pass. They have slipped through the cracks. Despite the presence of CCTV cameras and telecoms technology, which make most of us feel we are constantly monitored, it has become easier for those who live alone to avoid human contact altogether.

The pharmacist said he was always dressed neatly. He described him as “shy and pleasant – nothing mentally ill about him”, and admitted that when he didn’t see him for a while, he just assumed that Smith had moved away.

A few doors down from his flat, at No 168, Andrew’s neighbour, a postman, described Andrew as quiet, tall and thin. They lived near each other for 13 years but had only spoken to say hello when they passed each other coming and going on the stairs. In all the years he lived there, he said, he had seen no friends, ever. Andrew kept to himself. 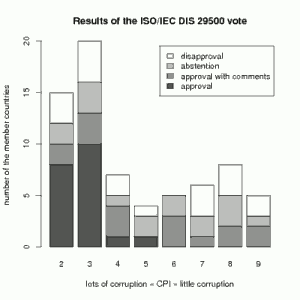 Things aren't going well for the Church of Scientology; now, a Belgian state prosecutor has branded the church as a "criminal organisation", and recommended that it stand trial for fraud and extortion.