The internet, with its detachment between online and offline actions and its lack of a private register, has spawned the phenomenon of griefers, or highly organised subcultures of people (mostly young men) who delight in ruining other people's online fun:

Consider the case of the Avatar class Titan, flown by the Band of Brothers Guild in the massively multiplayer deep-space EVE Online. The vessel was far bigger and far deadlier than any other in the game. Kilometers in length and well over a million metric tons unloaded, it had never once been destroyed in combat. Only a handful of player alliances had ever acquired a Titan, and this one, in particular, had cost the players who bankrolled it in-game resources worth more than $10,000.

So, naturally, Commander Sesfan Qu'lah, chief executive of the GoonFleet Corporation and leader of the greater GoonSwarm Alliance — better known outside EVE as Isaiah Houston, senior and medieval-history major at Penn State University — led a Something Awful invasion force to attack and destroy it.

"The ability to inflict that huge amount of actual, real-life damage on someone is amazingly satisfying" says Houston. "The way that you win in EVE is you basically make life so miserable for someone else that they actually quit the game and don't come back."

To see the philosophy in action, skim the pages of Something Awful or Encyclopedia Dramatica, where it seems every pocket of the Web harbors objects of ridicule. Vampire goths with MySpace pages, white supremacist bloggers, self-diagnosed Asperger's sufferers coming out to share their struggles with the online world — all these and many others have been found guilty of taking themselves seriously and condemned to crude but hilarious derision.

Griefers defend their behaviour by claiming that they're merely giving those who take the internet far too seriously a reality check. The implied subtext is that anything that happens online is just a game and doesn't count. Though, given how the internet has become a mainstream part of many people's lives (witness, for example, the rise in social networking websites), this assertion makes about as much sense as Tom Hodgkinson's call to kill your Facebook account, throw away your email address and instead socialise in the pub with people near you. There's not a great leap from asserting that anything that happens online doesn't really count and absurdly ludditic claims like "if you don't know what someone smells like, they're a stranger".

On the other hand, there is no such thing as the right to be respected, or even to not be ridiculed. If one posts a web page detailing one's peculiar political views, conspiracy theories and/or sexual fetishes online, one can expect to be laughed at and even snidely remarked about. Though there is a distinction between demolishing someone's homepage in a blog or discussion forum and actively gathering a posse and going out to hound them off the net.

Griefing happens in the real world, though it's usually called other things, such as bullying. The difference is that the internet has democratised bullying. In the real world, in more conformistic societies, bullies can typically only be those either of or contending for alpha social status, enforcing an exaggerated version of majority values by picking on those perceived to not conform to them (witness the use of the word "gay", sometimes semi-euphemised as "ghey", as a general-purpose term of derision), and in more liberal or pluralistic environments, even that is frowned upon. Online, anyone can find a group of like-minded misfits, make up a cool-sounding name, set up a virtual clubhouse and start picking on mutually agreed targets, with little fear of social consequences. 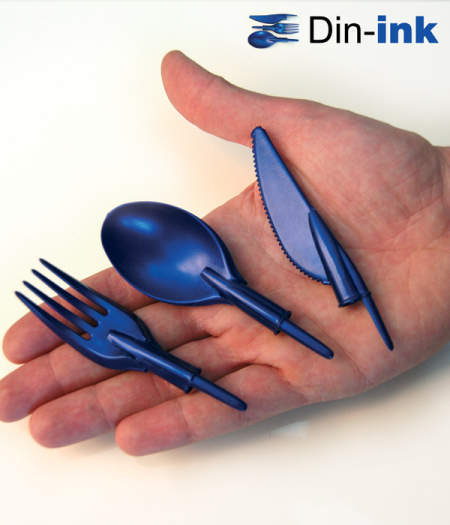 Lambasted for climate change and scorned by the green set, car companies are tailoring their marketing to the asshole demographic:

First to India, where an advert for the Ford Endeavour finds this 4x4 behemoth leaving slushy tracks on a melting polar landscape. Behind the two-tonne, seven-seater vehicle, which does just 7.5 km per litre in city driving conditions (compared to 22kmpl for India's new "People's Car", the Tata Nano), stand two rather forlorn-looking polar bears, an animal that has become the symbol of climate change. Could Ford India have chosen a more inappropriate setting to sell its wares? A children's playground, perhaps?

Ford in the UK goes for a much simpler approach with its Fiesta Zetec Climate (why would you ever use the word "climate" to name a car?) ads by accompanying a picture of the car with just a short sentence: "Most people would prefer a hot climate." It wouldn't appear as if Ford's survey of people's climatic preferences extended to those living in already parched regions of the planet now fearing the kinds of sharp temperature rises predicted by climatologists.

The messaging still not blunt enough for you? Try Hyundai's "Greed is Good" adverts then. Reprising the mantra of Gordon Gekko, Michael Douglas's odious city-trader character from the film Wall Street, is exactly what the environment needs right now, isn't it? Oh, how we need a return to the devil-may-care, me-want-now consumerism of the 1980s.

Aside: when the line "greed is good" was penned for the film Wall Street in 1987, it was obviously an extreme, fringe view, that of a despicable character. Is this the case now, in the age of the Blatcherite "shareholder democracy" and "enterprise culture", where we are all encouraged to be marketing characters, constantly engaged in commerce, leveraging and monetising our assets much as sharks must constantly keep moving?

The French energy giant EDF appears not to have done its homework before deciding to use the statues of Easter Island to reinforce its message that, "We develop tomorrow's energies for future generations." EDF is one of the world's largest suppliers of nuclear energy, an irony that ClimateDenial.org is quick to point out: "The Easter Island civilization collapsed from deforestation and overpopulation. The statues are a symbol of hubris and denial in the face of an impending environmental disaster. What staggering stupidity to use them to promote nuclear power".