Recently declassified documents have revealed that, in 1973, Mao Zedong offered to export 10 million Chinese women to the US, whilst in talks with Henry Kissinger:

The Chinese dictator said he believed such emigration could kick-start bilateral trade but could also "harm" the US with a population explosion similar to China's, according to documents covering US-China ties between 1973 and 1976.

The leaders then spoke briefly about the threat posed by the Soviet Union, with Mao saying he hoped Moscow would attack China and be defeated. But Mao said: "We have so many women in our country that don't know how to fight."

Possibly following the rise of Balkan folk-influenced indie bands, Roland have now released a MIDI accordion. The Roland FR-2 V-Accordion® uses physical modelling to reproduce the nuances of sound (including valve and button noises and the sounds of individual reeds) and comes with 8 accordion sound sets, as well as 6 orchestral sound sets, and 15 microtuning presets.

A man in Stoke-on-Trent was arrested by armed police, DNA tested and thrown in a cell after a bystander mistook his MP3 player for a gun. Darren Nixon was released, but has been banned from the internet after copyright-enforcement officers found pirated MP3s on the player will now have his DNA stored on a national database for life with a record that he was arrested on suspicion of a firearms offence.

Keeping his promise, Australian PM Kevin Rudd officially apologises to Aborigines on behalf of the Australian nation; the apology was delivered at a special parliamentary session, which was (for the first time) opened with an Aboriginal ceremony, rather than the traditional English one usually used. Former PM John Howard, the hard-right nationalist who steadfastly refused to apologise and sent the rottweilers in to hunt down anyone promulgating a "politically correct black-armband view of history", was nowhere to be seen, though the current opposition leader, Brendan Nelson, joined in the apology, though reportedly caused outrage when adding in his speech that the present generation is not guilty. (That can't be good for his career, alienating both sides and all.)

Australia's Aborigines are split on the apology; by reports, most welcome it as a positive sign, though some say that an apology without reparations is not good enough, as talk is cheap; in the words of one, "the blackfella gets the words, the whitefella keeps the money". 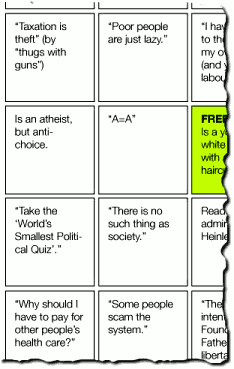 Remember BeOS, the super-nifty object-oriented operating system of the 1990s? Well, BeOS itself may be no more (apparently Palm bought it and then proceeded to not do much with it), but there is now an open-source BeOS-influenced OS named Haiku, which appears reasonably functional. There are images downloadable which you can play with in VMWare Player or similar. There's an article about it here.