A church in West Sussex has removed a large crucifix on the grounds that it was "a horrifying depiction of pain and suffering" which was also "putting people off". St. John's Church in Broadbridge Heath will replace the sculpture of a suffering Christ on the cross with an appropriately sanitised and inoffensive depiction of the ancient Roman torture/execution implement rendered in stainless steel, much like an Ikea saucepan. 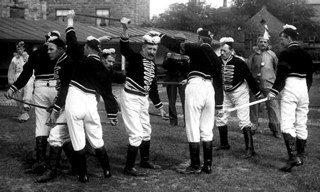