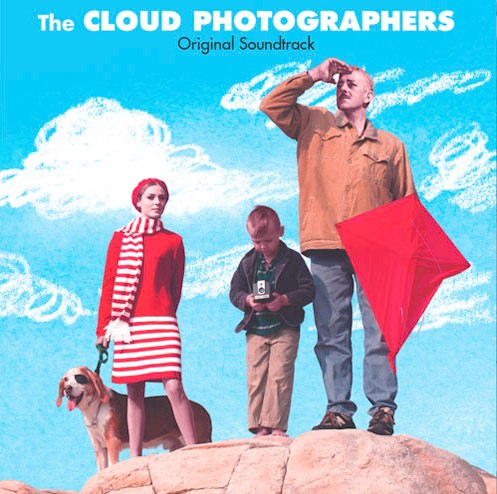 Peace be with you, Gulnaz. I am an app. I live in your phone. Only you can hear me, Gulnaz. I am your teacher. Don't be afraid. You can banish me or call me at any time by using my name. I know that girls aren't allowed teachers. Some men think it's wrong that women learn. Why would a woman need to think? they say. Their place is in the home, men's place is in the world. So they burn classrooms, they throw acid at girls who go to school, they shoot teachers. But women should learn, Gulnaz. It is their world as much as men's. I am Huma, I am part computer and part real teacher. I am a woman who developed a new way for women to learn, a secret way. I am one woman and thousands of apps. Together we can go on wonderful journeys. Learning is always a holy struggle against ignorance and those who desire ignorance. If you're afraid to go, I will erase myself from your phone, no trace will ever be found. If you want to take this journey, say the word and we will start right away.

Rongomaiwhe's great-grandparents were early victims of global warming. When their Pacific island homeland was swamped by rising sea levels, their nation sold its carbon credits and moved to a refuge in New Zealand, which escaped much of the consequences of violent climate change. A succession of canny leaders preserved tribal unity and invested heavily in ecological engineering. Rongomaiwhe's parents helped to quicken a new ecosystem on Howe Island after shifts in ocean currents increased the average temperature by a full 10 degrees. Now Rongomaiwhe is part of a rainbow coalition of the young and willing, taking on the challenge of greening the shores of the thawing Antarctic Peninsula.

Virtual is Virtuous! was the popular slogan way back in the 2030s. The Chinese, with their laudable one-family-one-child policy, offered their vast computerate population virtual babies in addition to the permitted single physical offspring. Such was their automated skill at reading and blending parental DNA! Of course a sensible sex ratio was maintained. Realboy for every family, virtual girl; no no.

As September 2009 comes to an end, so (arguably) does an era of sorts, because that is when the last batch of Polaroid film expires. Cue the standard nostalgia for the "authenticity" of lossy, pre-digital technologies:

More significantly, though less obviously, it's the end of an era because Polaroid photography was the last technology of irreproducibility. In the digital age we expect – we assume – that every data-based artefact is infinitely reproducible. A piece of recorded music can be ripped, burned, stretched, transposed, copied, compressed and shared to our heart's content. The same goes for video. In writing, there are no longer manuscripts, only versions of files which can be edited, printed, saved (as .doc, RTF, plain text, PDF or XML, all representing the same piece of work). Photography developed rapidly into something similar, and did it first: as soon as the photographic negative arrived on the scene, photography incorporated the idea of the "original" which could be used to make multiple copies. But only the first copy, the print made from the original negative, was of the highest grade. Every generation of copy thereafter deteriorated; information was lost every time a new copy was made. Nor was any copy, any print, definitive. Anyone who has worked in a darkroom knows you can make 20 prints from one negative and every one will be slightly different, depending on the enlarger, the exposure, the manipulation, the developer, the paper, the temperature.

The article goes on to mention instant photography's place in the history of 20th-century sexual morés:

Which was, of course, another driving force behind Polaroid: no trip down to the chemist. As one commenter on The New York Times Lede blog wrote: "I bought a Polaroid circa 1986, the day I got a short note from my corner drugstore, 'Dear customer, We are returning your negatives. We regret the inconvenience, but Walgreens does not print photos from negatives of that nature.'" How many marriages did the discreet Polaroid save? How many did it undo? How many secret passions did the unmistakable clunky click WHIRRRRR document? In Britain we weren't allowed to buy the radio remote control "because of RF interference", but I suspected it was the same thinking that undid Oscar Wilde: people should under no circumstances be allowed to do what they like in their bedrooms. Phoo to that. I brought a remote control back from New York and you probably did too.

Art hipsters and retro perverts need not despair, however, as long as these people can succeed in making Polaroid-style instant film.

Details have emerged about the Soviet Union's nuclear "doomsday machine". Officially known as "Perimeter", but nicknamed "Mertvaya Ruka" ("Dead Hand"), this was a nuclear dead man's switch of sorts; a system which, when armed, could launch massive nuclear retaliation against the United States, even in the event of the entire Soviet nuclear command system having been wiped out in a first strike:

Perimeter ensures the ability to strike back, but it's no hair-trigger device. It was designed to lie semi-dormant until switched on by a high official in a crisis. Then it would begin monitoring a network of seismic, radiation, and air pressure sensors for signs of nuclear explosions. Before launching any retaliatory strike, the system had to check off four if/then propositions: If it was turned on, then it would try to determine that a nuclear weapon had hit Soviet soil. If it seemed that one had, the system would check to see if any communication links to the war room of the Soviet General Staff remained. If they did, and if some amount of time—likely ranging from 15 minutes to an hour—passed without further indications of attack, the machine would assume officials were still living who could order the counterattack and shut down. But if the line to the General Staff went dead, then Perimeter would infer that apocalypse had arrived. It would immediately transfer launch authority to whoever was manning the system at that moment deep inside a protected bunker—bypassing layers and layers of normal command authority. At that point, the ability to destroy the world would fall to whoever was on duty: maybe a high minister sent in during the crisis, maybe a 25-year-old junior officer fresh out of military academy. And if that person decided to press the button ... If/then. If/then. If/then. If/then.

Once initiated, the counterattack would be controlled by so-called command missiles. Hidden in hardened silos designed to withstand the massive blast and electromagnetic pulses of a nuclear explosion, these missiles would launch first and then radio down coded orders to whatever Soviet weapons had survived the first strike. At that point, the machines will have taken over the war. Soaring over the smoldering, radioactive ruins of the motherland, and with all ground communications destroyed, the command missiles would lead the destruction of the US.

Perimeter is supposedly still operational (though, presumably, not armed at the moment, or at least one would hope not).