The New Labour party, flailing desperately for a lifeline as its fortunes collapse further with each day, is starting to concede on some unpopular issues: first, they promised a pretend version of scrapping the Trident nuclear weapons system, by reducing it from four submarines to three, and now Gordon Brown is saying that ID cards won't be compulsory for Britons who don't wish to travel abroad or drive.

As critics pointed out at the time, the automatic inclusion on the national identity register of the details of anybody who renewed their passport – or, for that matter, their driving licence – amounted to introducing a compulsory identity card scheme by the back door.

There is no need for a new bill in parliament after the next election to allow MPs to vote on whether the scheme should become compulsory because the Home Office already plans to use obscure secondary legislation to introduce what they call a "designation order".

And here is some additional reportage from the New Labour conference:

I'm ten. Every week for French class we are required to select a book from the class library. I already can't stand the classics, so I reach for a gamebook. The searing glare from my teacher confirms that just because I'm allowed to take the book does not mean I can. I take it anyway.

I'm fourteen. A colleague of my father spots me as I'm idly tapping keys on a demo synthesizer at the local department store. He takes his time to explain how this is worthless; such instruments warrant nothing but contempt and true music requires no amplifiers. I suddenly develop an interest for electronic music.

I'm twenty-eight. I discover on Wikipedia that tons of people share my unusual knowledge. Some try to convince me that the method is flawed and you can't treat all topics as equal. By nature incapable of listening to such arguments, I ignore the bores. So does everybody else, anyway. The bores get annoyed at this fact and proceed to announce they are Right and everybody else is Wrong. I'm not sure I get that logic.

I am a barbarian. A well-educated barbarian, mind you, who has read and listened to all the right things, but a barbarian nonetheless. Left to my own devices I will always develop completely nonstandard interests, and experience taught me that, no matter what, people expect me to acknowledge what I like to be intrinsically inferior. Thanks to Wikipedia, I know that the world is full of people like me. I can't tell you about the rest of the universe, but to those here that expect me to give way again, I say this: go take a stroll in another encyclopedia.

Wikipedia's Rome wasn't invaded by barbarians. It was built by them. Oftentimes I go for a walk on the city's Forum and hear an orator trying to rally the crowd to his cause and explaining that the barbarians are at the city's doors. I'm still laughing.

The original French, by the way, is here.

Police in the UK are hunting a cranky old person who has been sending racially abusive letters, accompanied by clippings from the Daily Mail:

The letters, some sexually explicit in content, have been sent to schools, hospitals, mosques, universities, doctors' surgeries and private individuals, leaving some recipients "extremely distressed".

Similarities between the letters made it likely they had come from the same author. "The cursive script used in some of the letters indicates that it may be the writing of an older person. Repeat phrases used also indicate this, especially reference to 'working for 50 years' and regular reference to pensions."

Commonly used phrases in the text include "English parliament", "Exit Europe", "repatriation" and "BBC shutdown". Clippings from the Daily Mail have been included in many envelopes, which often also include cartoon drawings.

The hunt has been codenamed Operation Heron; it's not clear whether this is a Brass Eye reference.

A new memoir by George W. Bush's former speechwriter sheds light on how the Presidential Medal of Freedom was awarded:

Latimer, whose memoir was published last week by Crown in the US, says that the "narrow thinking" of "people in the White House" led them "to actually object to giving the author JK Rowling a presidential medal because the Harry Potter books encouraged witchcraft".

The first 16 recipients of Barack Obama's presidential medal, handed out in August, included Stephen Hawking and Senator Ted Kennedy – who, according to Latimer's book, failed to receive the medal during the Bush administration because he was "a liberal". 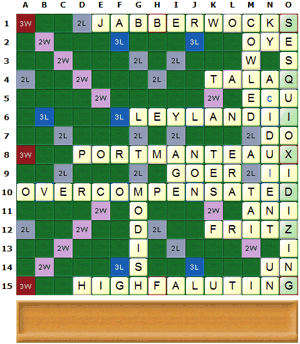 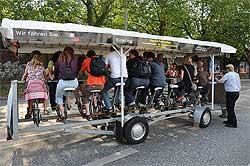