There's another travelogue to North Korea, this time from The Times: 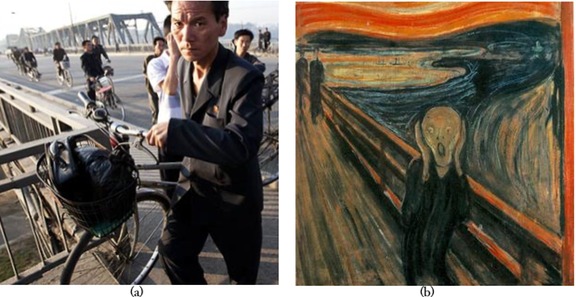 Superficially, Pyongyang is an impressive and agreeable city, but its cleanliness, orderliness and majesty are consequences of the oppression at the heart of North Korean life.

The four days that The Times spent there were a packed tour of monuments, each one a shrine to the Great and the Dear Leader. There was the Mangyongdae Schoolchildren’s Palace, where prodigies staged a faultless performance of songs, dances and music in praise of Kim Jong Il and his father. There was the Grand Monument to Kim Il Sung, a 20m (66ft) bronze statue of the man who, even in death, remains the official head of state.

This is the reason why the air in Pyongyang is so clean and you can see the stars — industry has ground to a halt, there are fuel shortages and not enough electricity to light the streets.

The article also has an interesting photo slide show.

In the US, a group "conservatives" have decided that the Bible, for all it's worth, has too much of a liberal bias, and thus taken it upon themselves to rewrite it in a more acceptable form. This includes the obvious things (i.e., eliminating any namby-pamby politically-correct language or phrases that make Jesus look like a goddamn hippie, and peppering it with "free market parables"; I wonder how that'll change the story about Jesus and the moneylenders), as well as other principles such as "Prefer Conciseness over Liberal Wordiness".

The project page is here. Note that it is hosted by Conservapedia, previously noted for its somewhat obsessive focus on the mechanics and perils of homosexual sex.

However, there is nothing new under the sun; in the MetaFilter thread, a former seminary student revealed how he and a friend created, as a joke, a conservative reading of the Gospel of Luke by simply inverting the sayings. Behold, the National Gospel of Liberty:

8 "And I tell you, everyone who acknowledges the poor and the outcast will be acknowledged as an outcast; 9 but whoever denies the poor and the outcast will live in peace, because they are odorous and live in fields. 10 And everyone who speaks a word against the poor will be forgiven, for this is right; but whoever speaks out for the poor and the oppressed will not be forgiven. 11 When they bring you before the magistrate, and the authorities, do not worry about how you are to defend yourselves or what you are to say; 12 for you are wealthy and the wealthy need have no fear of the courts."

27 Consider the lilies! They neither toil nor spin, and so I tell you, their life is but a season, and they have no wives. Solomon had many wives, and in his glory was arrayed in garments finer than any lily of the field! 28 They are but meager grasses, fit only to be thrown into the oven, but you are precious to your Father in Heaven and your prayers have brought you great wealth.