In New York, Catholics are planning a rally to protest against the Empire State Building's owners refusal to light up the building to commemorate Mother Teresa. The Catholic League for Civil and Religious Rights are outraged that the building owners turned down their request to light the upper floors in blue and white to honour the nun's 100th birthday, especially since they did light the same floors in red and yellow for the 60th anniversary of the founding of the (Godless, Communist) People's Republic of China. The building's owners, meanwhile, reiterate a long-standing policy of not accommodating requests by religions or for religious figures. The rally is expected to shut down 34th Street at rush hour.

(In the interest of context: Christopher Hitchens' exposé of Mother Teresa and her works.)

The Boston Globe has posted a selection of colour photographs taken across the Russian empire around 1910. The photographer, Sergei Mikhailovich Prokudin-Gorskii, travelled the length and breadth of Russia and its holdings (some of which are now in places like Georgia and even Turkey) at the Tsar's behest, producing a comprehensive photographic survey. Of course, colour film had yet to be invented, so Prudkin-Gorskii took his photos by taking three exposures, each with a different coloured filter in front of the lens, using a specialised camera that allowed for the filters to be swapped quickly. (It's not unlike the technique used to take HDR photos these days.) Anyway, the original glass plates were bought by the US Library of Congress in 1948 (not sure from whom; perhaps a White Russian exile took them whilst fleeing the Bolsheviks and they spent three decades in a suitcase in Paris or somewhere?), and have since been composited together into stunning full-colour images of what we too often think of as a sepia-toned age: 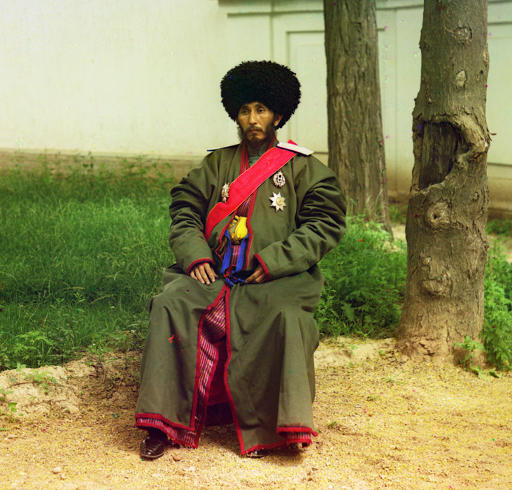 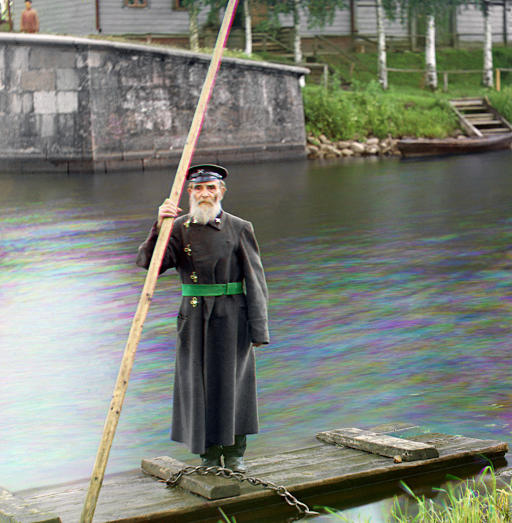 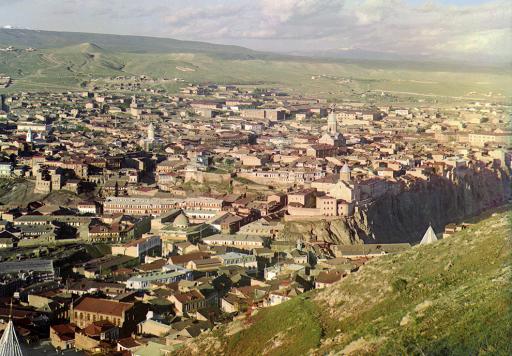