More on the impending closure of the Luminaire, arguably London's best music venue today, in the Guardian:

Widely regarded as the best small independent music venue in London, the Luminaire had it all: a booking policy of rare love and eccentricity, a beautiful performing space resplendent with mirrorball, and knowledgeable staff. Uniquely, it also had signs on the walls reminding punters that "no one paid to listen to you talking to your pals. If you want to talk to your pals when the bands are on, please leave the venue." This – along with outbreaks of shushing if anyone had the cheek to disobey the sign – allowed quieter, more delicate bands to thrive in a way simply not possible at other, more sticky-floored spaces.

The closure seemed to be part of a disturbing trend. In recent months London has also lost The Flowerpot, Barden's Boudoir, and The Cross Kings, with the 100 Club also struggling for survival. Sometimes all one wants is to go to a gig that isn't sponsored by a brand of lager or a mobile phone company. With the corporate takeover of indie music, small and proudly independent venues such as these felt increasingly like little beacons of charm in a sea of monochrome.

Various possible reasons for the closure are being advanced, from increases in onerous licensing requirements (now where have I heard that before?) to it, unfortunately, being too far north-west, implying that London's live music map is becoming homogeneously centralised around the stereotypically hipsterish areas of Shoreditch and Dalston, with all outside that area being fit only for naff cover bands. I wonder whether this could be a symptom of a deeper polarisation of London, with creative expression being confined to an inverse ghetto of sorts in the East End, and the rest of London becoming less receptive to such things.

There are some rather nice typefaces amongst the winners of designaustria's annual Joseph Binder typeface awards; such as Malabar: 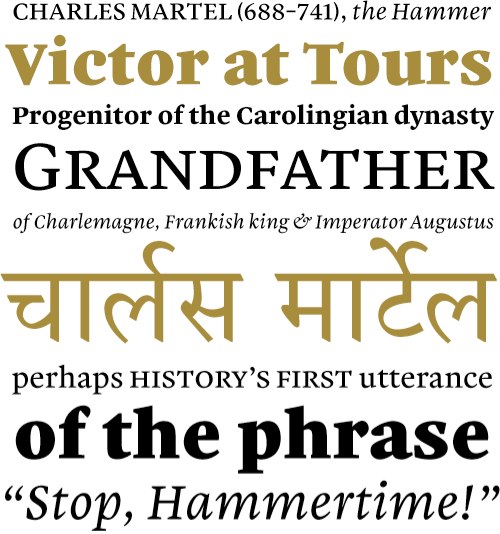 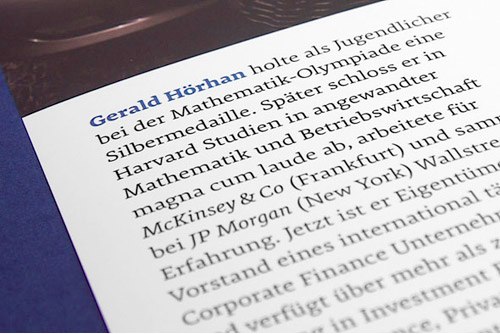 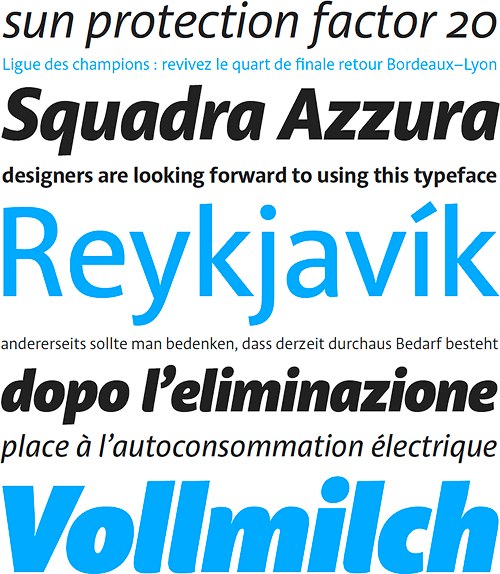 Nice to see they're designing elegant text faces these days.

The heartwarming diversity of the far right (an ongoing series): Nationalist/anti-immigrant group the English Defence League, best known for their anti-Muslim marches in immigrant neighbourhoods (which, they stress, have nothing to do with hatred for brown-skinned people who pray funny and eat food that smells weird, but everything to do with saving Britain (Muslim population: 2.7%) from imminently becoming an Islamic dictatorship) are now attempting to reach out to neglected constituencies such as Jews and gays, promising not to kick their heads in if they join with them to fight the creeping Islamicisation of Britain:

It claims that these inter-faith tensions were brought into sharp focus last month when the senior US Jewish leader and Tea Party activist Rabbi Nachum Shifren denounced Islam at a EDL rally outside the Israeli Embassy in London. Israeli flags have also been spotted at several EDL demonstrations across the UK.

It's not clear how genuine the suspension of the far right's traditional anti-Semitism is. Perhaps, by showing that they can break heads with the best of them, the Jews (well, at least the ones in Israel) have won the respect of the far right; no longer the effete, treacherous, baby-blood-drinking Grabblers of the Protocols, they are now seen as God-fearing cowboy frontiersmen and/or fellow shaven-headed headkickers. Or perhaps the neo-Nazis intend to deal with them once the Muslims are out of the way.

As well as aggravating religious tensions, the EDL has established a Lesbian, Gay, Bisexual and Transgender Division to "defend" gay people from Sharia law. There are also specialist divisions for women, soldiers and disabled people. The report warns these communities to be vigilant against "selective racism" and the EDL's attempts at manipulation.

The EDL are also making overtures to feminist groups, raising the spectre of the far left making common cause with Islamists; after all, the reasoning seems to go, being stoned to death under Sharia law would be worse than being struck regularly like a gong, as one of the EDL's fellow travellers from the BNP recommended.

According to sociologist Eric Klinenberg, we are witnessing an unprecedented rise in people choosing to live alone; and while this has been happening over a century, it is now becoming a stable state for large numbers of people, rather than being a temporary state between childhood, youthful house-sharing and nuclear parenthood:

You’d think that the United States, with its cult of individualism, would be the world leader in living alone, but it’s not. Sweden, Norway, Finland, and Denmark, among others, come in ahead of us. That’s because they’re advanced welfare states that combine their own emphasis on the individual with extensive social safety nets.

In the absence of such safety nets, terrible things can happen, especially to those who grow old in isolation. Klinenberg, who is not yet 40, won a reputation as a leading figure in his field with his much-discussed first book, “Heat Wave: The Social Autopsy of a Disaster in Chicago,’’ which analyzed the deaths of over 700 people in Chicago during a weeklong period in July of 1995. Most of them were senior citizens who died at home and alone. Klinenberg showed how they were victims not just of the weather but of a social order that left them without the support of family, community, or government.

Klinenberg also rejects the usual clichés about living alone being a symptom of alienation and social atomisation (i.e., "bowling alone") and a pathological state, raising the claim that people who live alone often have richer social lives than those in traditional nuclear family arrangements:

“One reason so many people live alone today is that they can do it while being extremely social,’’ Klinenberg told me in an email. “You needn’t live a traditional lifestyle to have a community. In fact, people who live alone are more likely to socialize with friends and neighbors than are married people.’’

Big changes in the structure of everyday life have converged to enable us to live alone: the greater freedom and economic power of women, the communications revolution, longer life spans. Klinenberg sees living alone as a choice, not a form of exile, and it’s a choice we value because it’s infused with principles that are important to us: individual freedom, personal control, self-realization.

In other words, living with other people is not so much as the ideal state, or the most psychologically beneficial, as the least-worst state in societies where individuals don't have the means of living richly social lives from autonomous bases; and, indeed, the continuous stream of compromises resulting from sharing quarters with others can confine one to the lower rungs of the Maslow hierarchy of needs. (Of course, some traditionalists would contend that lack of self-actualisation is just another word for character-building, and that the self-actualised (or self-actualising; it's not clear whether self-actualisation is a state one can ever actually reach) character is a woefully underbuilt one, but that's another discussion.) Or, in other words, what common sense tells us is the natural order of things is the system of compromises we have become familiar with, to the point of assuming that that's the way things are meant to be. (Aside: if human neurologies have evolved to form stable social orders, then it's likely that humans have a innate bias towards classifying long-standing circumstances as natural rules, if not divine commandments, and not questioning them.)