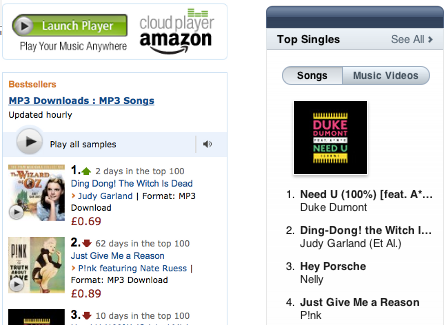 Continuing the Margaret Thatcher Memorial Season on this blog: why the Left gets neoliberalism wrong, by political scientist Corey Robin. It turns out that the thing about rugged individualism is (once one gets beyond the pulp novels of Ayn Rand and Robert Heinlein, not exactly founts of academic rigour) a red herring, and the true atom of the neoliberal world view is traditional, vaguely feudal, hierarchical structures of authority: patriarchial families, and enterprises with owners and chains of fealty:

For all their individualist bluster, libertarians—particularly those market-oriented libertarians who are rightly viewed as the leading theoreticians of neoliberalism—often make the same claim. When these libertarians look out at society, they don’t always see isolated or autonomous individuals; they’re just as likely to see private hierarchies like the family or the workplace, where a father governs his family and an owner his employees. And that, I suspect (though further research is certainly necessary), is what they think of and like about society: that it’s an archipelago of private governments.

What often gets lost in these debates is what I think is the real, or at least a main, thrust of neoliberalism, according to some of its most interesting and important theoreticians (and its actual practice): not to liberate the individual or to deregulate the marketplace, but to shift power from government (or at least those sectors of government like the legislature that make some claim to or pretense of democratic legitimacy; at a later point I plan to talk about Hayek’s brief on behalf of an unelected, unaccountable judiciary, which bears all the trappings of medieval judges applying the common law, similar to the “belated feudalism” of the 19th century American state, so brilliantly analyzed by Karen Orren here) to the private authority of fathers and owners.

By this analysis, while neoliberalism may wield the rhetoric of atomised individualism, it is more like a counter-enlightenment of sorts. If civilisation was the process of climbing up from the Hobbesian state of nature, where life is nasty, brutish and short, and establishing structures (such as states, legal systems, and shared infrastructure) that damp some of the wild swings of fortune, neoliberalism would be an attempt to roll back the last few steps of this, the ones that usurped the rightful power of hierarchical structures (be they noble families, private enterprises or churches), spread bits of it to the unworthy serfs, and called that “democracy”.

On a related note, a piece from Lars Trägårdh (a Swedish historian and advisor to Sweden's centre-right—i.e., slightly left of New Labour—government) arguing that an interventionist state is not the opposite of individual freedom but an essential precondition for it:

The linchpin of the Swedish model is an alliance between the state and the individual that contrasts sharply with Anglo-Saxon suspicion of the state and preference for family- and civil society-based solutions to welfare. In Sweden, a high-trust society, the state is viewed more as friend than foe. Indeed, it is welcomed as a liberator from traditional, unequal forms of community, including the family, charities and churches.

At the heart of this social compact lies what I like to call a Swedish theory of love: authentic human relationships are possible only between autonomous and equal individuals. This is, of course, shocking news to many non-Swedes, who believe that interdependency is the very stuff of love.

Be that as it may; in Sweden this ethos informs society as a whole. Despite its traditional image as a collectivist social democracy, comparative data from the World Values Survey suggests that Sweden is the most individualistic society in the world. Individual taxation of spouses has promoted female labour participation; universal daycare makes it possible for all parents – read women – to work; student loans are offered to everyone without means-testing; a strong emphasis on children's rights have given children a more independent status; the elderly do not depend on the goodwill of children.

So, by this token, Scandinavian “socialism” would seem to be the most advanced implementation of individual autonomy and human potential yet achieved in the history of civilisation whereas Anglocapitalism, with its ethos of “creative destruction”, is a vaguely Downtonian throwback to feudalism.