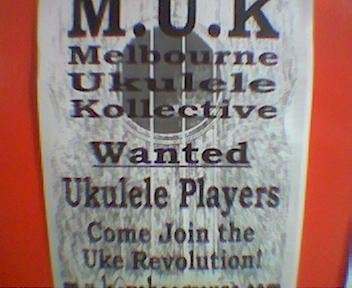 There are 10 comments on "Marxist chic":

linguistic weirdness indeed: being a native portuguese speaker, i never associated 'collective' with leftist ideology, as in fact 'colectivo' is a daily use word devoid of ideology - and actually present in the name of neofascist associations.

for a marxist-sounding synonym in the portuguese language, look at 'cooperativa' which translates as 'cooperative' (although it can also mean an association).

Here, "cooperative" is fairly moderate, and can mean any group of individuals voluntarily associating for common benefits (like, for example, non-profit secondhand bookshops at universities). Whereas "collective" suggests a much tighter coupling of efforts, usually to the exclusion of separate individual interests in favour of a single common interest, usually under the influence of Marxist-Leninist ideology. Or else, a bunch of trendy wankers trying to appropriate Soviet retro chic. or somesuch.

And then there are expressions like 'collective arseholes I have worked with' etc.

Still, time to dust off my ukelele!

Like the Borg! Y'all love the Borg, right? Right? *cough*

(I was just thinking it'd be an amusing thingy to name something completely un-Marxist a "kollective" {well, "kollektive", actually, because the more k's the more Kommie...}, but this lot {and probably thousands of others} have beaten me to it. It's hard to imagine something as far from revolution as a ukelele player, after all.)

As long as you spell it with a capital 'l'. The collectives i've been in have not been Marxist but more libertarian socialist or anarchist. I have seen it thrown around a bit in music circles though.

The term "collective" seems somewhat Leninist in its tone.

Anyway, is something really a collective if the members are in it for their own individual goals rather than submerging their differences and pulling together for a shared mission? Which is why a ukelele collective (or a tai chi collective, or a university student collective) sounds somewhat absurd and pretentious.

btw, "Objectivism" is the cult of Ayn Rand; to an Objectivist, the word collective (regardless of context) would be about as welcome as a pork chop at a bar mitzvah.

Oh, i've no doubt it sounds a bit wanky, but maybe they are aiming for that? Yeah, unfortunately i know all about Objectivism. I even made myself read 'The Fountainhead' once.

"Is something really a collective if the members are in it for their own individual goals rather than submerging their differences and pulling together for a shared mission?"

I'm not aware of many Marxist organisations that welcome individual contributions of theory, whether they call themselves a collective or not. Maybe it's time to steal back the word.