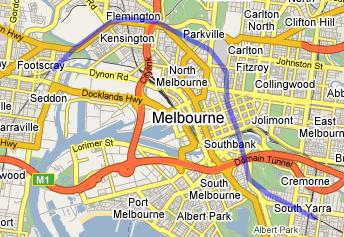 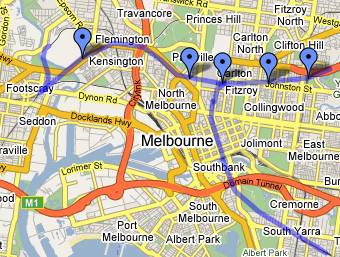 There are 2 comments on "Melbourne South-West Rail Link":

It's bullsit. Great, but bullshit. Like you note, there are better, more needed, more sensible routes. But it's all about the money... I think that if the govt paid for it (waiting patiently for our favourite economic commie, kenneth davidson from The Age to explain how) then we could do something sensible.

It reminds me of the ADSL2 thing - everyone loves it, everyone want's a bit of that action. Yet no private enterprise will wire up the outback - cos they cannot show instantaneous profits, or valuable govt subsidies to minimise risk in the long term.

I hate the government only marginaly less than big business when they are so transparent.

After living in Europe for six months the public transport system in Melbourne seems like a bad joke. Something needs to be done about the current mess and whether it's building underground rail networks or whatever the preferred option might be, the current lack of connections between existing lines, limited capacity and infrequency of services seems bizarre in a city the size of Melbourne. If more locals travelled overseas and saw the networks other cities have they'd be even more incredulous about the current system...