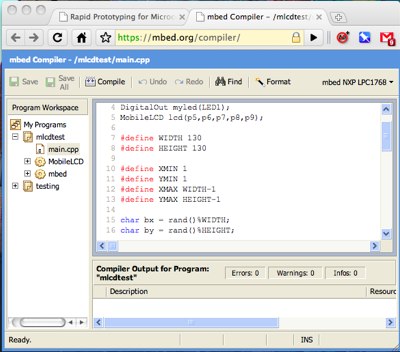 There are 3 comments on "mbed = agile web-based hardware hacking":

"Your code is hosted online on mbed's servers"

And that's where they lost me.

I take it you're not a fan of Google App Engine either then?

Anyway, given that the mbed board's boot loader just finds the most recent .bin file on its attached FAT filesystem and loads and executes that, and that you can presumably download the support libraries, I imagine that it won't be too hard to compile your own mbed-compatible code entirely offline with GCC.