Redrawing the map of Europe 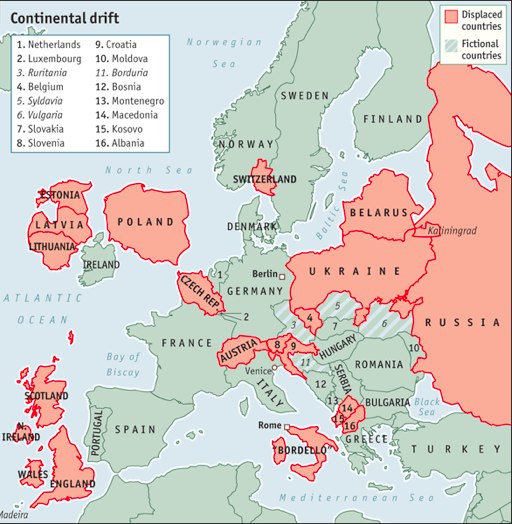 There are 1 comments on "Redrawing the map of Europe":

That's a fun idea. I'm picturing (in my head - I'm too lazy to sketch it) a map of Australia, redrawn to similar principles. Carlton and Fitzroy would move across the Yarra to join Toorak, while West End, Newfarm, Darlinghurst and Newtown would migrate south to the wintery environs of Brunswick, forming the new super-suburb of 'Hipster' (or, borrowing the fashionable term I oppose on several grounds, 'White People'). The Latrobe and Hunter valleys, and central Queensland, would be towed on massive trucks to north Western Australia, where Australia's entire GDP could be created without us having to notice that half the world's global warming is originated there. Victoria's and South Australia's agricultural regions might as well go to the Central Desert. Our twenty remaining factories can be given to overseas countries, allowing Australians to get on with our art and dish-washing careers.