The fight against recorded music 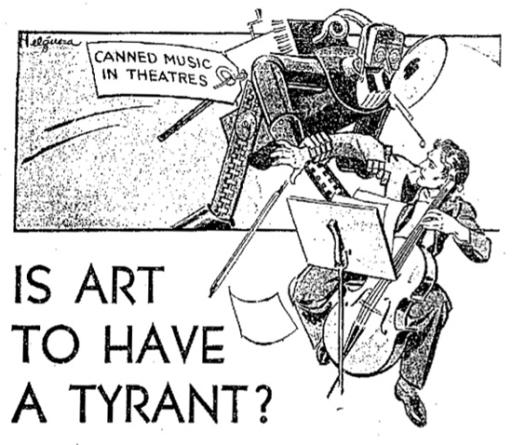 There are 3 comments on "The fight against recorded music":

I don't know about talking pictures, but that robot looks the Internet coming to destroy the cd business.

By the way, is there still a way to link to individual stories on this blog?

Yes; the comments link still works via the ctrl-click/right-button menu, and the pilcrow links to the archive page for the day of the item.