A funny thing happened during a recent test of a military mine-disposal robot:

At the Yuma Test Grounds in Arizona, the autonomous robot, 5 feet long and modeled on a stick-insect, strutted out for a live-fire test and worked beautifully, he says. Every time it found a mine, blew it up and lost a limb, it picked itself up and readjusted to move forward on its remaining legs, continuing to clear a path through the minefield.

Finally it was down to one leg. Still, it pulled itself forward. Tilden was ecstatic. The machine was working splendidly.

The human in command of the exercise, however -- an Army colonel -- blew a fuse.

The colonel ordered the test stopped.

The colonel just could not stand the pathos of watching the burned, scarred and crippled machine drag itself forward on its last leg.

This test, he charged, was inhumane.

This is not the only incident of a curious camaraderie developing between soldiers and robots; the article describes other stories of US troops in Afghanistan and Iraq (where robots are being widely deployed) befriending their mechanical compatriots, ascribing quirks of individual robots to personalities, giving them names and (virtual) battlefield honours, and even going fishing with their robot buddies.

Which could be more evidence that the human mind automatically perceives anything whose actions show signs of intention to have psychological states. An example (in the book Mind Hacks) describes children being shown a display with two shapes moving on a screen, one after the other, and when asked what was happening, describing one as chasing the other. Could it be that when a machine tries to defuse a bomb, its operators, even though they know it is a machine, can't help but mentally classify it as being "alive"? 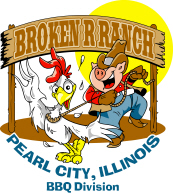 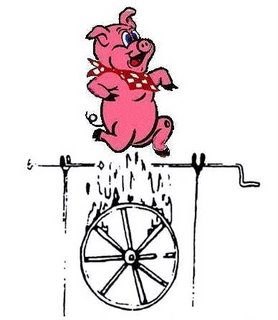 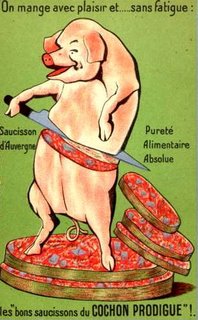 I have decided to take some "Postscript as a second language" courses at the local community college.

I think my inability to speak anything but PCL is hindering my career.