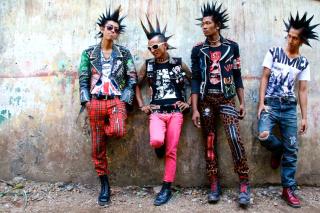 In 2002, Teresa Nielsen-Hayden wrote up a taxonomy of the various forms virtually all fraud falls into, from pyramid schemes to promises of inside information to variants of classics like the "Spanish Prisoner", to the numerous "tax protest" frauds rife among the mad-as-a-rattlesnake class in the US. Anyway, amongst the illuminating commentary, there is the following insight:

A couple of days ago I finally put my finger on something I’ve been sensing but not grasping—you know, one of those itchy back-of-the-brain apprehensions that there’s a pattern here, only you can’t quite see what it is. Somehow it’s felt like literary analysis. The question is, why do these scams—inheritance cons, MLMs, tax dodges, Make Money Fast, hot stock tip swindles, et cetera—take the forms they do?

What did it was looking at my list of basic scams and observing that what they have in common is the promise of lucrative, risk-free investments. Lord knows the things exist, I thought, but nobody ever gives them away. In theory, high rates of return are the investor’s payoff for taking on higher-risk investments. Achieving that happy state of all payoff and no risk is the main reason the wealthy and powerful manipulate the system.

These scams take the forms they do because they’re parodies—no, a better way to put it: they’re cargo-cult effigies—of the deals the ruling class cut for themselves. If you’re an insider, if you have the secret, you can have a job where you make heaps of money for very little work. You can avoid paying your taxes. You can inherit a pile of money because an ancestor of yours left a moderate fortune that’s been appreciating ever since. You can be your own boss. You can have other people working for you, who have other people working for them, who all pay you a percentage of the take.

Which, when applied to get-rich-quick schemes, from scams and frauds to perfectly honest (if dumber than a sack of hammers) ideas based on visualisation, prayer, ritual or other forms of magical thinking (such as "the Secret", as found in the self-help sections of bookshops across the US), makes perfect sense. The original cargo cults consisted of Melanesian islanders who, upon witnessing American airmen arrive during World War 2 with food rations, clothing and other useful goods (whose provenance their culture had not equipped them to understand), reasoned that these goods must be boons from the gods and that, if they carried out the same rituals as the Americans (i.e., parading in handmade US Army uniforms, building makeshift runways and control towers), they would reap the same benefits. Could it not be that this magical mode of thinking is not purely the province of "primitive" cultures, but is an idiosyncracy of the human mind's irrational pattern-matching tendencies, the same tendencies that attribute misfortune to elaborate (and unfalsifiable) conspiracies over mere chance? After all, our instincts say, there must be a man behind the curtain.

Elsewhere in the article, there is the following observation about one persistent category of frauds: the ever-thriving business of telling people that they don't really need to pay taxes, and that, for a fee, they can know the secret of how to get away with not paying it (which, unsurprisingly, seldom works):

Somewhat humorously, in several cases where the IRS has gone after promoters of “Don’t File” schemes, it was determined that the promoter—while advocating not filing returns—had been filing their returns all along. This really isn’t surprising, since most of the promoters will secretly confide that they really don’t believe these theories either, but it makes them good money.

The h2g2 entry on cargo cults is fascinating, detailing this phenomenon's history, from its roots in the "big man" gift economies of Polynesia through to encounters with Christianity, WW2, the US military and disapproving Australian authorities in Papua New Guinea. (via MeFi)

In the native view, the Christians worshipped the god Anus. He created Adam and Eve and gave them cargo of canned meat, steel tools, rice in bags and matches. He took it all away when they discovered sex and he sent a flood to destroy them, but he gave Noah a big wooden steamboat and made him the captain so he would survive. When Ham disobeyed his father his cargo was taken away and he was sent to New Guinea. Now his descendants were being given a chance to reform and regain their cargo. All through the twenties the natives patiently worked hard, sang hymns and prayed to Anus. But by the thirties it became clear that the missionaries were lying; they had been good Christians and worked hard, but it was the foreign bosses who did no work that got all the cargo.

While in Brisbane, Yali made another startling discovery: the Australians kept hundreds of animals in the Brisbane Zoo, which they carefully fed and tended. He also noticed the large number of dogs and cats kept as pets in homes. It wasn't until a conference in Port Moresby5 that he was able to solve this puzzling behaviour. The solution came when he witnessed a book which showed a succession from monkeys into humans. It became clear the depth to which the missionaries had lied: they had claimed Adam and Eve were men's ancestors when they clearly believed that their ancestors were animals who needed to be treated with respect. It was obvious the missionaries had made up such lies in order to hide this truth from the New Guineans, who had held such beliefs before their arrival. Upon returning home, Yali was convinced by the prophet Gurek that the Queensland Museum was actually Rome, that the gods had been taken captive there, and that in order to lure them back the natives had to stop their foolish acceptance of the lies of Christianity.

When radically different cultures and belief systems intersect, the interference patterns can be quite strange.

Two villages in the South Pacific islands of Vanuatu are the scene for a war between a Christian sect and a cargo cult.

The John Frum movement first emerged in Vanuatu in the 1930s when the islands were jointly ruled by Britain and France as the New Hebrides. Rebelling against the aggressive proselytising of Presbyterian missionaries, dozens of villages on the island of Tanna put their faith in a mysterious outsider called John Frum. They believed he would drive out their colonial masters and re-establish their traditional ways.

On Tanna, islanders became convinced that John Frum was an American. They have spent the past 60 years dressing up in home-made US army uniforms, drilling with bamboo rifles and parading beneath the Stars and Stripes in the hope of enticing a delivery of "cargo" again.

"In the past we believed in John Frum, but now we believe in Jesus," said Alfred Wako, 49. "The John Frum people don't go to church and they don't send their children to school. They believe in the old rituals. They are heathens."