In case you haven't seen it: Radiohead's video for their new song House Of Cards. Shot using no cameras but only 3D volumetric scanners and computer rendering, the video consists of disintegrating 3D dot representations of suburban streetscapes, key parties and Thom Yorke singing. What's more, there's a video on the making of it, the data set is available for download (in CSV format), and Radiohead are soliciting user-made reinterpretations of this video here. 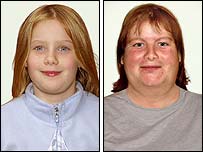 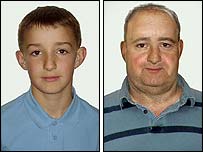 The Beast of Redmond: Microsoft buys SGI's graphics patents; penguinheads concerned they may be used to crush OpenGL, or cripple 3D graphics capabilities on non-Windows platforms. Meanwhile, if you use Windows Media Player to download content from sites, the sites can keep track of you, using a convenient global ID number. Apparently this is not a bug but a feature. (via Slashdot)

Marketing ploy of the day: ASUS, manufacturer of 3D graphic accelerator cards favoured by computer gamers, have hit upon a clever way of boosting the sales of their brand: offering the cards with a driver which allows you to see through walls, thus giving ASUS-based players of first-person shooters an unfair advantage over those using rival cards. However, the public didn't like this idea much, and the driver was withdrawn.