Scans of a 1970s-vintage childrens' book on computers, in two editions: from 1971 and 1979. Full of fascinatingly anachronistic detail of core memory, punch cards, disk packs and COBOL and PL/1, along with illustrated with Look Around You-esque scenes of high technology circa the 1970s: collages of microprocessors and paper tape, scenes of smiling women in Mary Quant-esque dresses operating desk-sized data processing units and brown-suited men loading disks into washing-machine-sized drives and the like.

It also has the sort of low-level detail that childrens' books on computers would not contain in later decades; I can't imagine a recent children's book on computers (or, indeed, anything before a second-year university subject) going into error-correcting codes, opcodes or the magnetic encoding of binary data. Mind you, back then computers were simpler; the physical details of how data is stored wasn't hidden behind a high-level interface like ATAPI or USB Mass Storage and machine language wasn't an esoteric specialty confined to compiler writers, BIOS hackers and hardcore masochists. These days, being interested in things that are too low-level is at best quaint, and at worst casts suspicion on one as being a potential h4x0r/virus writer/DRM cracker/troublemaker; all the details of computers one is meant to know about are exposed at a higher, and much more user-friendly, level, so why would anyone delve deeper if they're not either one of a tiny number of specialists or up to no good? 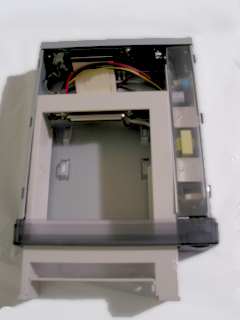 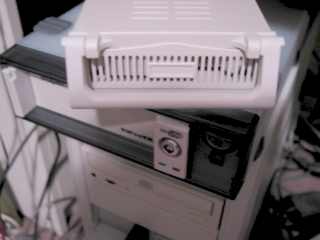 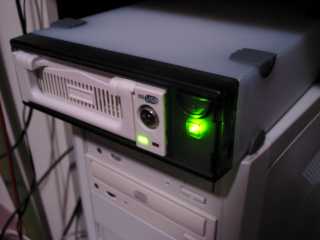 Researchers in India recently did an experiment: they set up a computer, connected to the Internet, in a window where illiterate street kids could operate it, and watched what happened.

Mr Mitra found that within days the children were able to browse the internet, cut and paste copy, drag and drop items and create folders. One of the things they particularly liked was drawing, discovering how to use the MSpaint programme to create paintings. The children then moved on to downloading games and playing then. They did not stop there. By the second month they had discovered MP3 music files and they were downloading songs.

A BBC piece on the Indian Government's Simputer project, to produce an inexpensive and reasonably capable computer that can be used by the rural poor.

Australia's first digital computer and the oldest existing example of its type, the valve-powered behemoth CSIRAC, now has a permanent home at the Melbourne Museum. Built in 1949, CSIRAC consumed 30 kilowatts, and was less powerful than a modern pocket calculator, though achieved some impressive things for its day. Apparently -- or so I heard from a retired academic -- it was shut down in 1964 after the Foreign Office in London had a word to the local powers that be, sternly informing them that Australia has no business doing research not related to primary industry (i.e. mining or farming).