A few seasonal links for today and tomorrow: 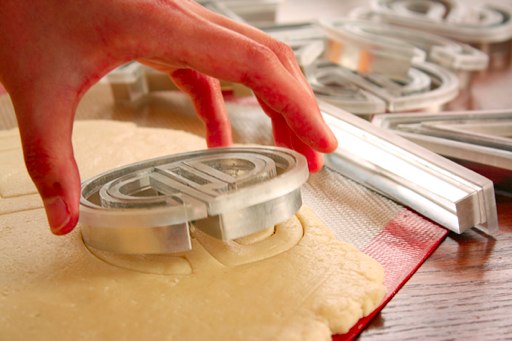 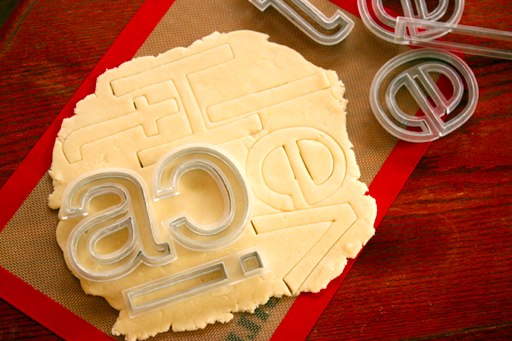 They appear to be a once-off project, and not actually a product for sale. (Though I do wonder whether Linotype have looked at such merchandising opportunities for their increasingly popular modernist typeface. They could sell them in upmarket gift shops, next to the Pantone coffee mugs. Those with less money to spend will have to make do with Arial cookie cutters from their local Wal-Mart or Argos.) Jona Bechtolt of YACHT (and formerly of The Blow)'s latest venture (with partner-in-crime Claire L. Evans): making MacBook Air laptop sleeves that look like manila envelopes, like the one Steve Jobs pulled the Air out of at MacWorld. For people who also have a Banana Phone.

If one had a MacBook Air, that would look either cool or cheesy, depending on the execution. Though I'm not tempted to buy one; given that I use my Mac for music and video, I couldn't justify buying one with only one USB port and no FireWire.

Books I didn't know existed until now (an occasional series):

Via The Laugh-Out-Loud Cats.

An interesting piece from a materials journal about the weapons and armour in the Lord of the Rings film, and how they were made. The attention to detail sounds nothing short of stupendous. (via bOING bOING)

The Internet piracy crime wave spreads; first it was the Napster kiddies swapping Britney Spears/Eminem singles, and the latest menace to our way of life is grandmothers swapping sewing patterns online:

``They're housewives, and they're hackers,'' Hedgepath said. ``I don't care if they have kids. I don't care that they are grandmothers. They're bootlegging us out of business.''