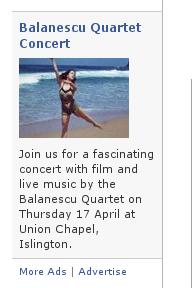 The Napsterization blog (which is not about craptacular DRM-shackled music-rental services but about the social and economic implications of disruptive technologies) has a piece on the lengths Facebook application authors go to get people to install their applications, such as doing sleazy things like not only requiring users to install their application to see messages from friends, but wilfully misleading them into believing that if they don't forward a message (of a pornographic tone) to some friends, they won't get to see it. As a result, the maker of the app gets a juicy boost to their installation figures, whilst pissing all over people's social relationships and making your user experience that much crappier.

In this case, the culprit was Slide, with their popular FunWall application, though neither Slide nor Facebook will accept the blame for this:

Slide said that they thought Facebook was the problem, because as the "governing" body, Facebook makes the rules and "Slide wouldn't be competitive if they changed what they do, and their competitors weren't forced to as well." In other words, Slides competitors use the same features to get more users (or trick more users as the case may be) and Slide didn't want to lose out on getting more users with similar features, regardless of the effect the features have on us and our relationships.

And things aren't likely to change by much. Human psychology being what it is, people are willing to put up with a lot of annoyance in software as long as it provides a social function. (How else could you explain MySpace, with its spammy, craptacular user experience, going from strength to strength and maintaining its position as the dominant social software site?) Some people may generally amused by every piece of spam that comes in, or believe that, like billboard advertising, it brightens up people's otherwise dull lives. Others may put up with it due to the peer pressure to not seem cranky and antisocial; after all, the argument would go, that's what they do here, and if you don't like it, why did you join? (The corollary to this argument is, of course, the attrition rate as people who get sick of having three wall applications and being awash in a sea of silly surveys and chain letters stop logging in one day.)