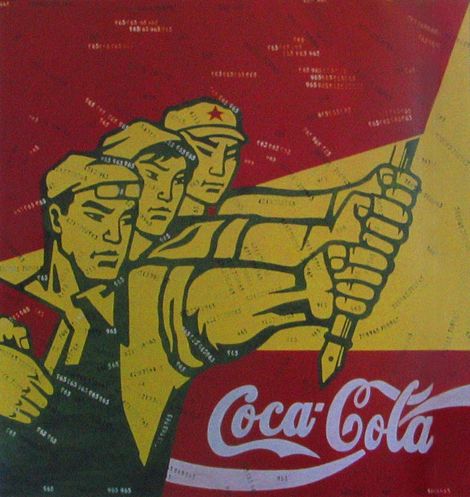 Parkspliced, which appears to be unsolicited MP3 remixes of britpop band Blur. Get it before EMI's lawyers do. (via xrrf)

A vintage Jack Chick tract that railed against the evils of Dungeons & Dragons remixed into a sardonic critique of the goth subculture. Quite astute.

Steven McDonald, former bass player from punk-pop band Redd Kross, bought the White Stripes album and found something missing -- namely, bass lines. So he added his own and posted the "improved" tracks to his web site. Gradually the uninvited bassist became more comfortable with his role, and his enhancements evolved from the missing bassline to edgy counterpoints and even additional vocals. Unfortunately, the MP3s are gone now, though various online felons are undoubtedly bootlegging them all across the digital underground. (via Techdirt)

I'm currently listening to some MP3s by The Bran Flakes. They're pretty amusing; a combination of twee electro-pop and post-ironic bulldada, combining beats and loops with samples of old children's records and various other spoken-word. In particular, the MP3 of "Record On Sex / Go Go Up" is worth a listen, sampling a somewhat creepy sounding sex-education record from (I'd say) the 1950s or so, with a somewhat menacing Patriarchial Authority Figure telling an alarmed-sounding Little Girl about erections and menstruation, before the whole thing turns into bootywhangular beats. Insane.