In the US, McDonalds is now requiring candidates for cashier jobs to have bachelor's degrees. So if you're wondering what sort of work a BA qualifies you to do, wonder no more.

I wonder whether this is because having studied something at university level provides essential skills for operating a till (which would suggest a collapse in secondary school standards in the US; i.e., the strong likelihood that a high-school graduate without a degree is functionally innumerate), or because employees with the level of debt accrued through taking a degree are more compliant?

A hoaxer in the US Midwest has reprised the Milgram obedience experiments by calling fast-food restaurants posing as a police officer and instructing managers to strip-search employees, subjecting them to bizarre and degrading ordeals. The managers in question, being selected for unthinking obedience, never realised that anything was wrong, accepting "Officer Scott"'s authoritative tone of voice, stated reasons and the sounds of police radios in the background as sufficient reason to start obeying, and the fact that they were already obeying as sufficient reason to keep doing so, up to committing rape.

On May 29, 2002, a girl celebrating her 18th birthday -- in her first hour of her first day on the job at the McDonald's in Roosevelt, Iowa -- was forced to strip, jog naked and assume a series of embarrassing poses, all at the direction of a caller on the phone, according to court and news accounts.

He had mastered the police officer's calm but authoritative demeanor. He sprinkled law-enforcement jargon into every conversation. And he did his homework. He researched the names of regional managers and local police officers in advance, and mentioned them by name to bolster his credibility. He called some restaurants in advance, somehow getting names and descriptions of victims so he could accurately describe them later.

In her book, "Making Fast Food: From the Frying Pan into the Fryer," Canadian sociologist Ester Reiter concludes that the most prized trait in fast-food workers is obedience. "The assembly-line process very deliberately tries to take away any thought or discretion from workers," said Reiter, who teaches at Toronto's York University and who spent 10 months working at a Burger King as part of her research. "They are appendages to the machine."

Several people who followed orders were jailed for rape and related crimes. The hoaxer was later found to be a 38-year-old prison guard with a fantasy of being a police officer. Meanwhile, one of the victims is suing McDonalds for allowing this to happen; McDonalds, meanwhile, blames her for not reading the employee manual where it said that strip searches were prohibited and not recognising that the caller wasn't a real police officer. 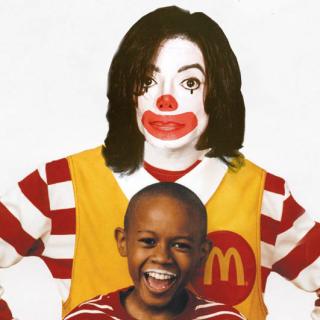