The grim story of the next Superman film, which has remained in development hell for 10 years, while armies of hacks, egomaniacs and philistinic studio types battled over the details, is an eye-opening example of the horrible things that happen to a property once a Hollywood studio buys the rights to it. Read about the dozen or so different scripts, tacked-on merchandising opportunities, plot elements shamelessly lifted from the most recent blockbuster, the many forms of Lex Luthor (rogue CIA agent, mutated shoe salesman, member of the Illuminati), Tim Burton's darker, gothic Superman, and even the studio's plans to cast Justin Timberlake and Beyonce Knowles as Superman and Lois Lane. Read it, laugh uncomfortably, and then pray to whatever gods you have that the studios never get their hands on your favourite stories.

Peters then told Smith to have Brainiac fight polar bears at the Fortress of Solitude, demanding that the film be wall-to-wall action. Smith thought it was a stupid idea, so Peters said, "Then have Brainiac fight Supermans bodyguards!" Smith responded, "Why the hell would Superman need bodyguards?" Peters wouldnt let up, so Smith caved in and had Brainiac fight the polar bears. Then Peters demanded that Brainiac give Luthor a hostile space dog as a gift, arguing that the movie needed a cuddly Chewbacca character that could be turned into a toy. Then, after watching Chasing Amy, Peters liked the gay black character in the film so much that he ordered Smith to make Brainiacs robot servant L-Ron gay, asserting that the film needed a gay R2-D2 with attitude. Then Peters demanded that Superman fight a huge spider at the end of the film, which Smith refused to dohe used a "Thanagarian Snare Beast" instead. (However, Peters did manage to recycle his spider idea and use it in Wild Wild West.)

1. Krypton doesnt explode. Instead its a Naboo rip-off overrun by robot soldiers, walking war machines, and civil war (can you say, Star Wars: Episode I?). Jor-El is literally the king of Krypton and leader of the Kryptonian Senate (thus Superman is a prince), and he and Lara send Kal-El to Earth because he is "the One" whom a prophecy states will save Krypton from destruction (rip-off of The Matrix). The villains, Jor-El's evil brother and nephew Kata-Zor and Ty-Zor, take Jor-El prisoner and send probe pods out to find and kill the baby Kal-El. 14 years later, Lara and her shell-less turtle servant Taga (shades of Jar Jar Binks) are found by Ty-Zor, and Lara gets tortured to death.

5. An aerial kung-fu fight between Superman and Ty-Zor results in Superman being lured into a trap: Lois is drowning in a tank filled with kryptonite. (This begs the question of how there can be kryptonite when Krypton didnt even explode, but.) Superman is given a choice: save her and die from radiation poisoning in the act, or stand by and watch her drown. So he goes in, saves her, and dies. Jor-El magically senses Supermans death from across the galaxy, commits hara-kiri with a rock he sharpens in his prison cell, goes to Heaven, and talks Superman into coming back to life so he can fulfill the prophecy of saving Krypton from its civil war. So Supermans soul returns to his body, and he proceeds to trash Ty-Zor and his cronies. And at the end of the film, Superman flies off in a rocket to save Krypton (which is where the second film is planned to take place). 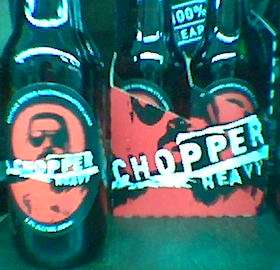 What does an intelligence agency do to improve its public image? Germany's federal intelligence service, the BND, is opening a shop selling clothing and merchandise bearing its logo. As well as the usual T-shirts and calendars, the merchandise includes underwear bearing inscriptions such as Verschlusssache ("Classified") and Streng Geheim ("Top Secret"), as well as the agency's logo.