It's my birthday today, but you, dear readers, get the presents. Or, at least, one present: a shiny new version of The Null Device.

Whilst the site looks the same on the surface, it has a few immediately visible enhancements. The first one is tags; that's right, The Null Device has marched boldly into 2003. Blog posts are now tagged (well, the more recent ones are), and can be viewed by tags. (Currently about 15% of posts are tagged; this number will expand in the future. There are more than 8,000 posts in the database, and I don't have a week to spend on tagging them all in one go.) The user comments page is also updated, with new AJAXilicious posting action. There will be more visible improvements later, made possible by the new blog code. Not to mention more stability (the database shouldn't fall over as often as it did with the old code; well, let's hope).

That's right; this familiar-looking blog now runs on new software. As of a few minutes ago, the old system (a bunch of Python Server Pages scripts) was retired, and replaced by the new system (a WSGI web application written in Python, for what it's worth). The data storage system has changed as well; up until now, blog posts were stored as text files in directories, as they had been ever since this was a CGI script written in Perl, in the late 1990s (has it really been that long?). From now on, everything is stored in a SQL database, using a fairly sophisticated data structure. (In short: all items — posts, comments, even the blog itself (and there is provision for multiple blogs) — are nodes in a tree, with other tables linked to them by their IDs, as well as auxilliary data such as tags.) Using a SQL database enables things like tags (which would be a lot more work if posts were stored in a directory tree), as well as other things.

This has been the culmination of over a year's work. Or, to be more precise, over a year's coding, putting the code aside due to lack of time, picking it up again, shelving it and writing a new version after having a better idea, and so on. (Which is why all posts from 2006 or so onward have tags; I started giving them tags before there was code to do anything with them.) The pace picked up over Christmas, with the code being brought up to scratch, and the process was completed this weekend. Anyway, enjoy.

This blog has been quiet recently because your humble correspondent has been in bed with a cold for the past two days (a state of affairs which may or may not have had something to do with watching indie bands on chilly railway station platforms in Derbyshire on the weekend). Anyway, in lieu of new content, here are a few old links and random things:

In recent months, the blog comment spam problem has gotten progressively worse, as more and more parasitic scumbags take to hijacking any sort of comment system to drive up their search engine rankings and/or drive gullible people to malware-installing websites. In the light of this, The Null Device has now installed a CAPTCHA-like system for preventing comment spam on its comment pages.

From now on, whenever you enter a comment, you will need to type several letters, as seen on a graphic image on the page, into a form. With any luck, the images will be legible to humans but not easily decipherable by OCR software, and will keep comment spam out of the site. 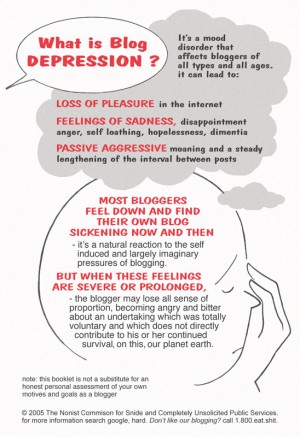 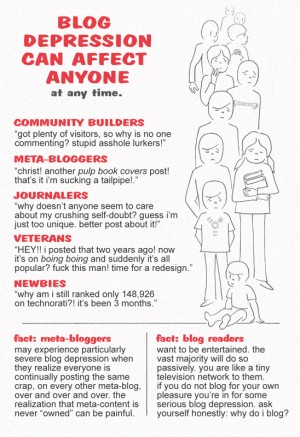 Blogging will probably be light for the next few days or so, as I'll be in Australia, visiting family and friends.

I've recently had some time to sit down with an internet connection that didn't involve me buying dubious coffee and listening to samba, Frank Sinatra or other yuppie wallpaper music for the privilege. As such, The Null Device has the beginnings of a photo gallery system.

There are four galleries (i.e., pages of photos) up so far. Two from my travels in Italy (the mediæval town of Paciano, Umbria and a few of the old town of Perugia), one of Oxford, and some studies of a recent afternoon in North London.

The gallery still needs some work: a decent (automatically-generated) front page would be good. Galleries will eventually have date-stamps attached, and will be automatically injected into the blog feed and/or shown on a new, all-automated Null Device frontpage, along with the most recent blog entry and such.

Blogging at the Null Device will be very sparse for the next few weeks, as I am in the process of relocating (temporarily) to the UK (doing the typical Australian working holiday thing). From tomorrow, I will be without my main computer, and as such probably won't be posting much. Anyway, if you need something to read in my absence, you could always visit Virulent Memes or bOING bOING, or, indeed, anything else on the blogroll.

You may have noticed a while ago that book review entries, which don't quite look like blog entries, have started appearing interspersed between blog items. These come from the reading section of this site, and are made possible by the aggregator/feed design of the new blog engine that went in a few months ago. Anyway, as of today, book reviews now have their own comment threads attached. It's not yet perfect; these don't yet appear in the "most recent comments" page, the comments pages don't show an excerpt of the review, and the reading page is still generated by old and ugly code, and so doesn't show the comment links. All this will change, gradually, as various old and ugly mechanisms are replaced by newer and more elegant ones.

Once again, I haven't gotten around to making an April Fool's Day edition of The Null Device; mostly as I have been occupied with other matters. (Lame, I know.) I had some ideas for how to take it, though most of them were lame, like making it ultra-right/left-wing for a day or something, or putting up a "blog" entirely about some obscure niche interest or other. Anyway, Graham has, once again, outdone himself.

If you are reading this, The Null Device is back, at least to some extent. What happened was that the machine it's hosted on decided to upgrade their DSL link, but some genius at the upstream ISP put in the wrong IP address range, effectively cutting off routing to the machine hosting this blog. The machine was still up, just that there was no actual way to reach it. I have it on good authority that the upstream ISP have been sternly told off. Meanwhile, from now on, the actual site will be actively backed up to another machine, so that if the network dies again, it should be easy to relaunch it elsewhere.

(I have also been thinking of ditching the standalone blog and replacing it with one hosted on LiveJournal, who seem to have their shit together reasonably well. The questions is, what would I use dev.null.org for then?)

Some spammer seems to have convinced spamcop.net's registrar to delete their domain. Chances are I won't be getting any mail over the next few days.

I have just been informed that the machine hosting this website will be offline until the middle of next week. I should still be contactable by email, though.

I just deleted about 3 comments from a 5-comment-long screed someone posted to the comments in this blog, about their views on what was "cool" and how their musical preferences had evolved to their present state of eclectic enlightenment. (Give yourself a pat on the back; you've made it. It's just too fucking bad you had to post your accomplishments to my blog comments from where I deleted them.)

A word of advice: there is a reason why the maximum length of comments in this blog is limited. Comments are intended for short, to-the-point comments on the blog item at hand, not lengthy exercises in therapeutic writing or off-topic rants about corporate mind control, the sound ethical basis of your porn-viewing habits or what was on TV the other night (and you know who you are). If you wish to rabbit on about such things, by all means, knock yourself out. Just don't do so in my blog comments.

If you wish to start a blog of your own, here are some places you can do it: Blogspot; Typepad; LiveJournal. Or if you have a web server with CGI capabilities, you can download Movable Type.

Over the time I've been writing in this blog, I've become aware of two different philosophies of what a blog is for:

Blogs started out as (a), a sort of shared hotlist in chronological order, with minimal commentary. Gradually, the human instinct for self-expression (or, if you will, the tendency of memes to reproduce themselves at every possible opportunity) won out and blogs expanded into longer entries, with more analysis, commentary, opinion, personal prejudice and/or miscellaneous rambling. The requirement for each blog entry to be a link to a URL on the web gradually fell by the wayside, with many blogs being indistinguishable from journals, chronologically-arranged photo albums or a combination thereof.

Anyway, while writing in this blog, I became aware of a tension between these two uses. Is this blog a chronological record of sites I've seen, or a place to write in? If I link to every Grauniad article and SourceForge project of interest, it will drown out the actual content in the blog, and the signal-to-noise ratio will deteriorate. However, to maintain a blog worth reading, only a fraction of the things I look at and find interesting get blogged.

Consequently, I have just added a new section: the linklog. This is what it sounds like, a chronological list of links to URLs. There's no commentary (other than the title), and less editorial honing than in the main blog proper; I'll post articles to it as I see them, without taking the time to comment on them; though later the links may be used in longer entries in the main blog.

The linklog is now visible in the sidebar of the blog page. There is no user comments facility there, nor will there be (if you wish to comment on any of these links, mention it in your own blog; there are several sites which allow you to keep a blog quite cheaply if not for free).