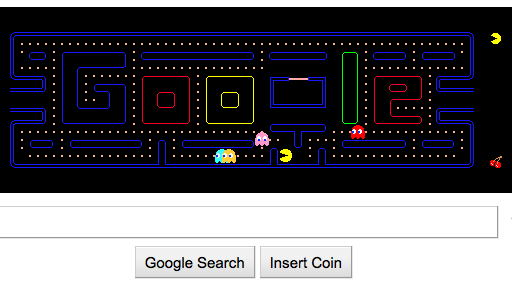 In fact, Iwatani acknowledges that, while a eureka moment for the annals, that event represents the official birth of Pac-Man: "The whole thing actually started with me walking around games arcades watching how many boys were playing and the fact that all the machines were about killing aliens, tanks or people. Girls were simply not interested, and I suddenly had a motivation for my work: I wanted game centres to shed this rather dark, sinister image, and it seemed to me that the way to raise the atmosphere of a place is to entice girls to come in. The whole purpose of Pac-Man was to target women and couples, and get a different type of player involved."

"So there I was, wondering what sort of things women would look for in a video game. I sat in cafés and listened to what they were talking about: mostly it was fashion and boyfriends. Neither of those was really the stuff of a good video game. Then they started talking about food -- about cakes and sweets and fruit -- and it hit me: that food and eating would be the thing to concentrate on to get the girls interested."

It may have been aimed at girls, but boys converted to it immediately: Pac-Man's most interesting revelation was gamers' affinity to living things. And that spark of inspiration has taken the industry from a 2-D yellow disc through Mario, and on to a 3-D Lara Croft.

Strangely, that is exactly how Namco saw his achievement: as just a game. Pac-Man, quite apart from the lucrative sequels Ms Pac-Man and Pac-Land, made the company more than $100 million. Iwatani was merely promoted to supervisor level, and still lives in a house too small to accommodate a Pac-Man arcade cabinet.

Life imitates Lucky Wander Boy: some outfit named Crystal Sky have bought the film rights to Pac-Man, with a view to making a "live-action fantasy adventure". Urk. (via wtf_inc)

First there was Commodore 64 UNIX and IntyOS for the Intellivision, and now someone is writing a graphical multitasking OS for Pac-Man arcade machines:

Alpaca is a small multitasking operating system for Z-80 computers, specifically for Pac-Man/Pengo arcade hardware. It is an expansion upon my PTUI project, which was originally just an experiment to see how much of a real GUI can be put into the tight constraints of Pac-Man arcade machine hardware. The limitations are a total of 1kb of RAM (for storage and stack), 16k of ROM, sprite/tile based video hardware (1k color, 1k character ram), joystick, and two buttons.

Mind you, it doesn't do anything useful yet. (There apparently isn't enough space in a Pac-Man machine to fit an OS and applications, at least without optimising it further.)

And here is an extensive page on coding for the Pac-Man/Pengo hardware, including technical info, links to tools and sample ROM sets (no games, but there's an audio sequencer or two there; I'm sure there are some avant-garde applications for one of those).

It's interesting to look at the memory maps and other documents. In some ways the arcade machines were conceptually similar to 8-bit computers; in other ways, however, they're bizarre (for example, the Pac-Man machine's video RAM is all over the place).