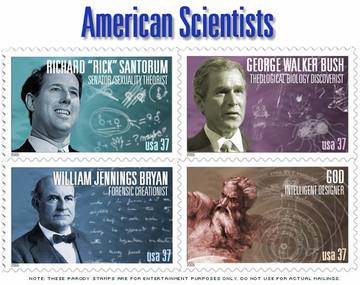 Fountainhead Earth is a twenty-volume philosophical fiction novel by Nobel prizewinning author Ayn Rand. It was Rand's last work of fiction, and all volumes after the first were published posthumously:

Bureaucratic aliens from the planet Stanton have invaded Earth, stifling all rational thought in a mere nine minutes. They enslave all the architects, forcing them to build fashionable and nonfunctional Doric façades in front of every McDonalds. Randroids, huge semi-mechanical creatures, a cross between a cyborg and a public-address system, stride the landscape in Ayn Borg Collectives.

Johnnie "Galtboy" Tyler (played by Keanu Reeves) comes along and meets Dilbert (played by John Travolta) and Wally (played by Forest Whitaker). Disgusted with their office politics and disregard for quality, Johnnie trains his tribe of cavemen in capitalism in one week and achieves a leveraged buyout of perfectly preserved Harrier jumpjets. He then flies these back to the planet Stanton and delivers a 40,000-page speech that bores the aliens literally to death.

A list of a notional worst blogs ever, which reads more like a list of canonical blogger clichés, including the likes of IWillLinkToYouIfYouLinkToMe.com, BourgeoisBohemianHipster.com, VelvetClad.ChunkyGothGirls.com, and, of course, EmotionallyStuntedPolemicist.com and snarkette.com (the last one actually exists, but isn't a blog, but rather a site with photos of cats). (via bOING bOING)

Eurodisco cheese of the day: Zladko "Zlad" Vladcik, "Elektronik - Supersonik", available with MP3 and video. This was Molvania's entry in the recent Eurovision song contest, and is somewhere between Ladytron and Mahir Cagri or something. I believe the Chaser/CNNNN people are behind this.

Staplerfahrer Klaus, a German factory safety video that seems to have been inspired by Peter Jackson's early works, or possibly a comic splatter-horror film masquerading as a factory safety film. Includes forklifts, chainsaws and the sort of daggy/groovy incidental music that they seem to make only in Germany. If your browser doesn't play Windows Media inline, you can grab the WMV file here.

Those bad-ass jock bullies of internet humour, Something Awful, have a new temporary front page which takes the piss out of coolsie/hipster music-news site Pitchfork.

Dating Design Patterns, or, adapting object-oriented software design methodology to the task of picking up women (or, as the authors put it, "attempting to implement getLaid method successfully on FEMALE platform"); the "design patterns" have names like "Jini Singles Bar", "Pan-Dimensional Renaissance Differentiator" and "Reverse Polarity" (which sounds more like Star Trek than OOP).

Structured Exposure, a.k.a. Container-Managed Dating: How to use commonly available dating containers to achieve maximum sessions with less time and effort and an array of services you don't have to write yourself.

Super Patriot American Freak; think Beck meets Toby Keith or something, only taking the piss. (via the English Manager)

Revolution is not an AOL keyword, a pretty good Gil Scott-Heron pastiche. (via bOING bOING)

Revolution is not an AOL Keyword.
Revolution will not be powered by Microsoft on
The Next-Generation Secure Computing Base
And will not star Pamela Anderson and Tommy Lee
Or Larry Lessig and Martha Stewart.

I wonder how long until someone records a spoken-word version of this.

Tying in with Bowling for Columbine, Switch to Canada; a parody of the Apple TV ads about Canada vs. the US. And then there's this Graun article about why Canada's a possible candidate for future regime change. (via 1.0)

Mad Magazine (remember them?) have a self-referential parody of The Onion. (via bOING bOING)

Psychalking is a hobo-language for paranoids to communicate with each other about dangerous mind control hot spots. Interesting start, but they could do with some signs for the different alien races and thought-stealing TV celebrities. (via psychoceramics)

The Onion does Mad Magazine, taking off various memes from the venerable journal.

Tanya has a go at Kraftwerk:

Pop-music art nutter Momus takes a somewhat askew look at key acts of the 1990s, such as Beck, Tricky Bjork, and Nirvana:

A star had to emerge from the Seattle sequencer scene, and it turned out to be Microsoft's Nerderama. The album Clevermind hit America like a fatal processor error in 1992, its lead single, Looks Like A Teen Programming Bug, becoming the anthem for a generation raised on Space Invaders and spreadsheets.