The Dorset Police, it seems, are feeling the downside of privatisation: the force has instructed its officers to send text messages rather than talking on their radios. A spokesman for the police force (i.e., management) has said it's a simple measure to improve the efficiency of the control room, and has nothing to do with the £2 per second levied on the police force by the private operator of its radio system; the head of the Dorset Police Federation (i.e., the employees), however, begs to differ:

"Particularly if you have a major incident or a normal Friday or Saturday night, we're going to use the radios quite a lot. If they go over the estimated level then a surcharge kicks in, that's £2 a second, which I think is extortionate - especially at a time when people in the police service are losing their jobs."

It may be that sending a text is more efficient; if the police radios have buttons or menus for sending standardised updates, perhaps tagged with coordinates, it could be, though if the officer has to stop and thumb in a message, that probably won't be the case*. And it's unlikely that there is so little capacity on the emergency service airwaves that the police have to ration their communications. So this looks rather like another case of, at some time in the great Blatcherite orgy of privatisation, the government of the day having eyed the police radio network and decided that, if they sold it to a private company, it'd top up the budget nicely up to the next election, when it became the next government's problem. And now, with the new age of austerity, we have police officers being told not to use their radios because every second that they do so is £2 from their budget to a private company.

*I haven't examined a police radio, but I suspect that devices developed for a largely captive institutional market will be slow to benefit from the interface-design innovations of more competitive markets; except in cases such as the US military, which has famously spent billions on human-interface research. Judging by the photographs I've seen, I'd guess that the interface of a police radio is comparable to that of a late-1990s Nokia phone in terms of design. 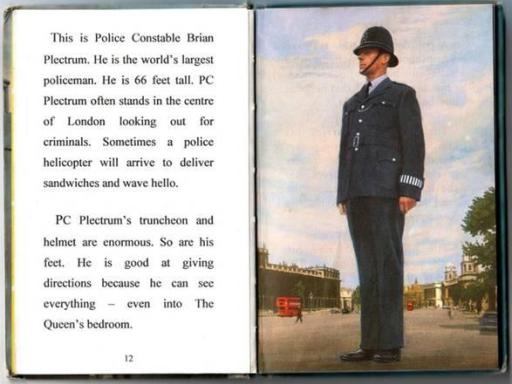 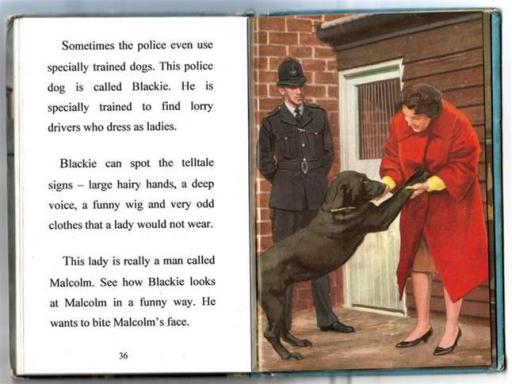 It has emerged that the Church of Scientology has been feteing the City of London police with lunches and regular invitations to Scientologist-connected entertainment events, including Tom Cruise blockbusters and an all-Clam "hot jive" band.

A spokeswoman for the Church has claimed that the hospitality is completely benign, part of a constructive relationship stemming from the Church's clean-up campaigns in drug-ridden areas. Meanwhile, a London-based psychlo psychiatrist has claimed that there are sinister motivations to it; though, given that psychiatrists are evil puppets of Xenu, he would, wouldn't he? 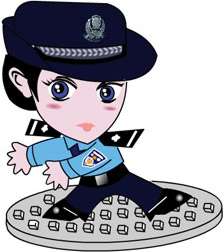 Police in Hampshire have used a fake game show to arrest various offenders (mostly common neds, by the sound of it) they had been looking for. The offenders, ranging from fine-dodgers to those wanted for common assault, were sent letters inviting them to appear on a game show with the chance of winning large prizes. The police then set up the event at Portsmouth Guildhall, going to great lengths to do so, even hiring former crooked Tory MP turned celebrity Neil Hamilton and his wife to present the show: (via Found)

As the "guests" arrived they were frisked and had their identities checked by a police officer dressed in a dinner suit. After having their make-up done, the contestants waited backstage where they could hear the sound of a taped studio audience. One by one they were called on to the stage, along a red carpet, through a cloud smoke and straight into the hands of two awaiting police officers.

Queensland is a sort of Australian equivalent of Texas or Arkansas or Mississippi or some such place; a state renowned for its rednecks, corrupt police and religious sects too far gone for any other state. And this story brings together the last two elements.

A "devious and perverted" police officer has been gaoled for conning members of a Christian sect into bizarre sexual acts. After telling the group that they would become undercover operatives, he instructed them to cut off their pubic hair and take photographs of themselves naked, saying that such actions were mandatory before becoming police informants. (He also attempted to extort $5000 from a young couple with a false confession of underaged sex, though that may well be standard Queensland police operating procedure). (via Anthony)

The Russian police's only sniffer cat has been run over and killed by a car, in what is believed to be a contract killing. Rusik the cat was used to detect smuggled sturgeon (an endangered species of fish prized as a source of caviar) in the Stavropol region bordering the Caspian Sea. The offending vehicle is one in which the cat found a stash of illegal sturgeon some years earlier.