Seen at Speaker's Corner in Hyde Park this afternoon: 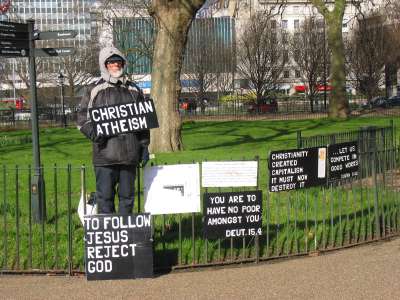 He didn't speak, though did spend some time staking out a corner with his eclectic collection of signs and printed materials. For some reason, nobody seems to have gone up to him and asked about the finer points of Christian Atheism.

One of his signs: 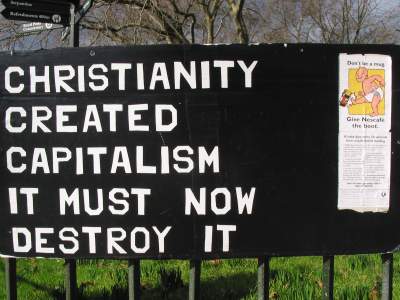 A bit further on, a chap in a baseball hat was either waving or threatening to burn an American flag; a crowd had gathered around him and were remonstrating vigorously with him. Not far from there, Cory Doctorow and his posse of copyright-policy troublemakers had set up and addressed the crowd on the evils of the broadcast flag and WIPO treaties. 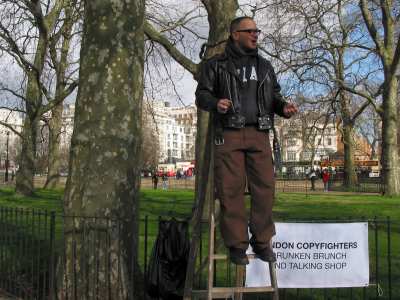