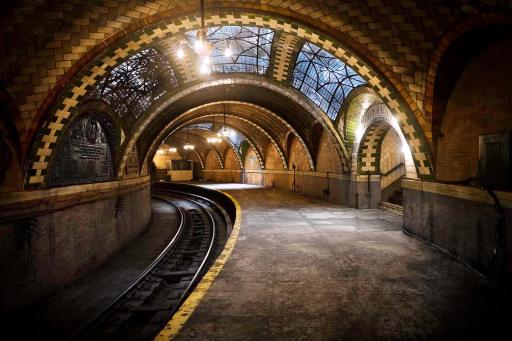 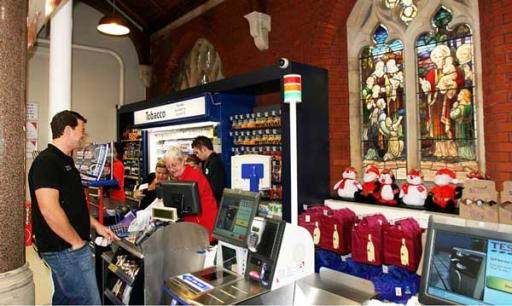 The world appears to be experiencing a subway building boom, with cities across the world building new underground urban railways, to alleviate traffic congestion or merely as a status symbol. Cities across the Middle East such as Dubai are investing in subways (in Dubai's case with both gender-segregated carriages and VIP carriages), provincial cities across Europe are putting them in, and even seemingly unlikely places such as Santo Domingo (of the Dominican Republic) and Mallorca (in the Balearic Islands) are putting them in. And, of course, China and India are going wild on subway building. Though, apparently, the United States is over subways:

Sure, Los Angeles and New York are adding modest extensions to their systems. And Phoenix is considering a subway. But Chicago's system is nearing collapse--still with no long-term consensus about how to save it. Cincinnati is fighting over what to do with deteriorating tunnels built in the 1920s, but abandoned for expressways. And subways aren't even a controversy in most American cities because they're a political nonstarter. Bonds, which need to float costs approaching $1 billion a mile, are simply off the table. And federal funds have slowed to a trickle. Besides, libertarians believe subways distort a city's natrual growth and gentrification. You need only look at what cars and expressways do to a city's "natural" growth and gentrification to give subways a second look. Yes, they're expensive. And they're usually worth it.

Australia seems to be mostly following the US model, though there was talk about new undergound heavy-rail lines under Melbourne (connected to the normal broad-gauge rail network), though there's always pie-in-the-sky crazy talk about spectacularly expanding public transport, and little if anything ever comes of it. On the other hand, public transport doesn't have quite the stigma in Australia that it has in the US.

Concorde, the 1960s-vintage supersonic airliner, is being retired. British Airways and Air France, the two operators of Concorde flights, have announced that they will be permanently grounding the planes, which have been troubled by technical problems and the decline in air travel. So now, supersonic air travel will cease to be a luxury for the super-wealthy or aviation obsessives and become another part of a bygone era, like passenger airships.

And quite a bit further down, another era is ending on the New York Subway, as the introduction of a new ticketing system brings to extinction a species of lowlife indigenous to the system: the token sucker:

The criminal carefully jams the token slot with a matchbook or a gum wrapper and waits for a would-be rider to plunk a token down. The token plunker bangs against the locked turnstile and walks away in frustration. Then from the shadows, the token sucker appears like a vampire, quickly sealing his lips over the token slot, inhaling powerfully and producing his prize: a $1.50 token, hard earned and obviously badly needed.

And deterrence, when dealing with someone willing to clamp his mouth to one of the most public surfaces in all of New York City, was next to impossible. "These guys were on their last legs," Officer McGarry said. "If they were going to jail, it was just an inconvenience for them." (In an interview with a reporter for The Los Angeles Times in the early 1990's, one token sucker acknowledged the depths of his desperation. "Hard times makes you do it," he explained, adding: "Anyways, I've kissed women that's worse.")

What is it about trains and public transport that attracts the unhinged? A 21-year-old New York man was arrested for impersonating a Subway motorman -- for the 16th time. Edward Brown, described as a "transit buff", wore a stolen uniform and hung around in subway employee lounges chatting with employees; he says he won't stop doing so until the Transit Authority hires him. (via rotten.com)