A few London transport map links: here there is a detailed, zoomable map of the London Underground and surface railways, showing the locations of stations (both operational and closed) and tracks.

Meanwhile, the Green Party's candidate for Mayor of London has an interactive map showing how far London's bicycle hire system would reach if it were the size of Paris's; which is to say, quite a bit further, particularly to the north and south. Perhaps it'd even be possible to live near a Boris Bike station without being made of money.

The pleasant, inflectionless female voice behind the prerecorded announcements on the London Underground (commonly referred to as "Sonia", as in "gets on ya' nerves") is a voiceover artist and comedy/drama writer named Emma Clarke. Like many freelance professionals contending in today's marketplace, she has a web site to promote her work, which, among other things, includes a selection of spoof Tube announcements, chiding self-important Sudoku enthusiasts, loud American tourists and surreptitious lechers, and reminding Londoners that there are other places in Britain than their "stinking shithole of a city", all in the comfortingly familiar Sonya voice.

Clarke's site also has a number of other diversions, including a Flash game allowing you to assemble a radio ad from prerecorded clichés. 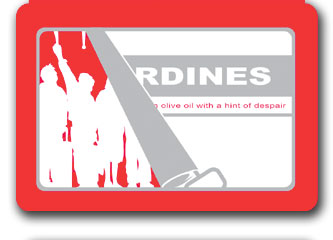 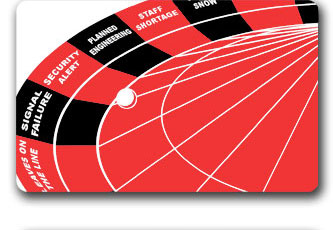 While London's transport system shut down for Christmas, gangs of graffitiists made their way into the tunnels and spray-painted Camden Town tube station. Unfortunately, we're not talking about Banksy-esque acts of carefully measured artistic subversion here, but just tagging and covering as much space with big ugly letters as possible. (Bonus points for obliterating information boards; those commuters unable to see where their train is going from will be deeply aware that they are your bitch and You Da Man. Wanker.) Anyway, there are pictures here and here).

Meanwhile, someone else stole into Brixton tube station and did their own bit of redecorating; they seem to have been somewhat less destructive and more concerned with actual aesthetics, rather than just pissing all over everything; photos here and here.

An investigation by the Evening Standard has found that the London Underground is hotter and more humid than Miami or Hong Kong, with commuters enduring worse conditions than residents in subtropical zones.

The temperatures are officially dangerous-The National Oceanic and Atmospheric Administration - America's version of the Met Office - classifies any apparent temperature above 41C as carrying the risk of heat exhaustion.

In between offending people, Ken Livingstone has released a Tube map for 2016. (Well, strictly speaking, it's not a Tube map, as it includes larger rail services and trams, real and proposed.) It's a lot denser than the present map, and it does look like they're running out of colours.

Also via MeFi, bus "spider maps" for different parts of London in PDF, and this site has strip maps of several Tube lines with connections and track layouts added.

THIS IS A HEAVY PRODUCT: Some witty Londoner has printed stickers modifying Tube maps, adding imaginary details such as chasms (marked with "Mind the Gap") and alien spaceships to otherwise featureless Tube lines. (via 1.0)