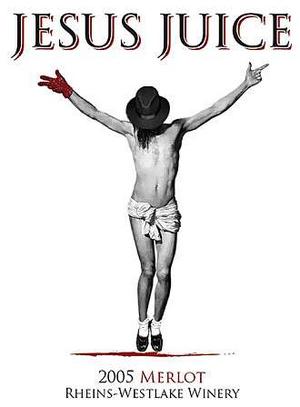 From a Slashdot interview with Jeremy White of the WINE Windows API emulator project and/or Crossover:

We also go to all kinds of interesting lengths to avoid problems with viruses and worms. For example, we have a hack in our flavor of Wine, in the CreateProcess call (the code to start an executable) that basically checks to see if the parent process is outlook.exe, and if it is, we crash and burn, preventing many of the worms and such from running.

Meanwhile, someone's porting WINE to MacOS X. It doesn't actually emulate an Intel CPU, so it won't run your Windows binaries, but you can recompile Windows programs from source code and get them to run, and look authentically Windowslike, on your Mac. Though you'll need to use X11 as well, as it doesn't speak directly to Quartz/Cocoa/Carbon (and there don't appear to be any plans to make it do so).

I stand corrected; it is possible to run Windows VST plugins under Linux and use them with Pd and LADSPA clients. This announcement describes vstserver software, which may be found here. You'll also need WINE source code and Steinberg's VST SDK (which requires an agreement, but it doesn't seem particularly restrictive).

And while I'm stealing links from Slashdot, the CrossOver plug-in for Linux is out now. This is a plug-in allowing you to use Windows web browser plug-ins (QuickTime, Shockwave, &c) in Linux browsers (i.e., Mozilla, Konqueror and so on). There's a downloadable demo version too. (Currently, if I need to look at Shockwave content, I use IE under Win98 under VMWare, though this looks interesting.)

Good news on the emulation front; Plex86, which aims to become a free VMWare-like virtual-PC program for Linux, now boots Linux normally. Granted, Linux on Linux is not particularly impressive from a practical point of view, but it's a step to running Windows on Linux, not sacrificing having a real OS on the machine. Meanwhile, Windows emulator WINE allegedly runs Word/Excel 2000 on Linux. No Internet Exploiter though.