Holy shit, Microsoft have made an offer to buy Yahoo, for a generous US$44.6bn. I hope that this doesn't happen; given how Microsoft are fond of leveraging their power to lock people into using their products, a Microsoft-owned Yahoo would be bad news. We could probably expect things like YUI going the way of the Dimension X Java VRML libraries (remember those?) and Flickr being rewritten as a Silverlight application and/or requiring Windows Vista/7 to upload photos.

The Independent lists the musical pasts of various public figures:

The Italian media magnate and former prime minister paid his way through university by singing and playing the piano on cruise ships. He has been known throughout his colourful political career for his habit of breaking into song unexpectedly.

Grayling, a professor of philosophy at Birkbeck College, University of London, and the author of a biography of William Hazlitt and other books, was once part of the expat rock scene in Northern Rhodesia – now Zambia – where he was born in 1949.

He says: "From the ages of 14 to 16, I was in a group called the Rebels – three guitars and a drummer. I started as the bass guitarist but then it turned out that not only could I not sing well, I couldn't sing at all and play the bass guitar, so I graduated to the rhythm guitar. I wore a pair of black, plastic-sided, high-heeled 'Beatle' boots that were two sizes too small. I thought I was the bee's knees."

The article mentions a number of other famous people who had played music in their pasts (such as comedian Ricky Gervais, who was a new-romantic sensation (though only in the Philippines), Jamie Oliver's third-division Britpop career, and Tony Blair's infamous student rock-band past. One notable example not mentioned, though, is US Black Muslim leader Louis Farrakhan's former career as a calypso singer.

Evolutionary biologist Carl Zimmer looks at evidence suggesting that romantic love is a biological adaptation, and is not unique to humans; a far cry from the blank-slater hypothesis that romantic love is a cultural construct invented by mediæval troubadors and/or Mills & Boon, and before that everything was unromantically practical arranged marriages and dynastic property transactions:

There are reasons to conclude that romance as well was shaped by the unsentimental hand of evolution. We humans don't have a monopoly on oxytocin and other molecules linked to feeling in love. Love may switch on reward pathways in our brains, but other animals have similar--if simpler--reward pathways too.

In her experiments, Haselton finds evidence for love as an adaptation. She and her colleagues have people think about how much they love someone and then try to suppress thoughts of other attractive people. They then have the same people think about how much they sexually desire those same partners and then try again to suppress thoughts about others. It turns out that love does a much better job of pushing out those rivals than sex does. Haselton argues that this effect is exactly what you'd expect if sex was a drive to reproduce and love was a drive to form a long-term commitment.

There are red faces at Woolworths in the UK, after someone decided that "Lolita" would be a good name for a childrens' bed range. Oops! 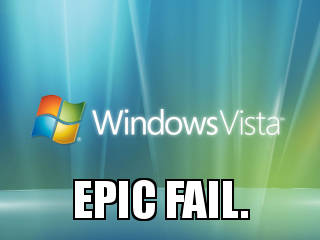 The Guardian reports that users of Windows Vista are experiencing severe audio performance problems, with choppy, glitchy audio from applications, which is annoying home users and driving professional musicians to old copies of XP or else the Apple store. The Graun article gives the reasons a cursory examination, essentially writing them off as growing pains of a shift to a new, improved driver model, though somehow managing to miss the elephant in the room, i.e., that at any time when there is the possibility that a Windows Vista machine might come into contact with copyrighted audio or video content, a draconian DRM regime kicks in, diverting a large proportion of the machine's resources into ensuring that you, the user, cannot do anything with the content that you're not explicitly permitted to.