Elaborate disguise of the day: a young Hong Kong Chinese man boarded an Air Canada flight to Vancouver disguised as an elderly Caucasian man, by virtue of a latex mask: 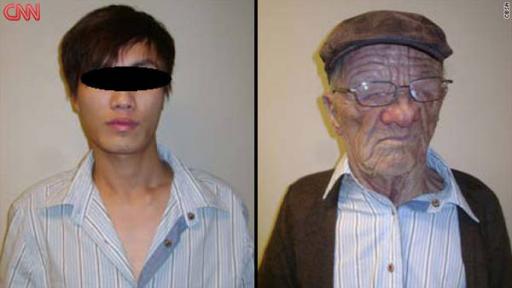 The man changed out of the silicone mask during the flight, and was arrested on arrival in Canada; he has claimed refugee status.

The mask in question may be purchased from here, for US$689; it's said to be in low stock due to "extremely high demand".