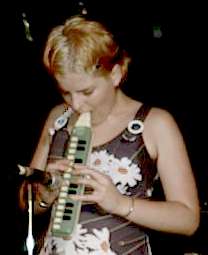 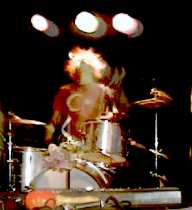 Hmm. Stuff Casio keyboards, harmoniums are the shit! Little Jewford had one too of course, at the Kinky Friedman gig. Heh.

If you mean the thing she's blowing into in the photo, you're right. Though Ninetynine also had three (count 'em) Casiotones, a MiniDisc player with a VL-1 drum loop, and a xylophone.