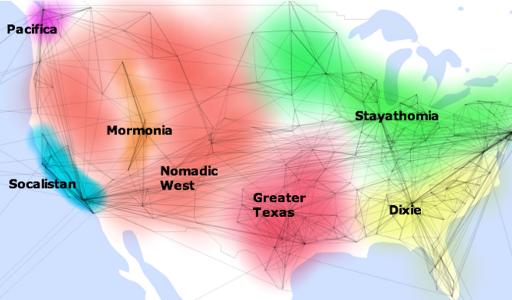 There are 1 comments on "The psychogeography of Facebook profiles":

has to be a small data set from Australia - only one woman's name (*although Chris may make it 2), most popular likes being hamish and andy I can understand, although it indicates a heavy melbourne bias, "I really hate slow computers"/"I need more money"/"I need a vacation"/skittles? Faaaaaaaaaark. What an embarrassing reflection of our facebook lives.