US forces and Iraqi authorities have announced that bloodthirsty hostage-beheading/civilian-massacring "holy man" Abu Musab al-Zarqawi is dead, having been killed in an air strike yesterday:

The head of US-led forces in Iraq, General George Casey, said Zarqawi was killed at 1815 on Wednesday, in an air strike against an "isolated safe house... approximately 8km (five miles) north of Baquba".

Apparently the US$25m reward for information leading to his whereabouts bore fruit, leading the US Air Force to his location; his remains were subsequently identified by fingerprint and facial recognition, so presumably he won't reappear in a video taunting the Zionist-Crusader-Infidels and promising new waves of blood-curdling atrocities for the glory of God. Of course, that's not saying that others won't now start jockeying to take his place.

I wonder what will happen to his persona after death; will he become iconified into a sort of Middle Eastern Che Guevara (his brutal reputation may not be an obstacle, now that he's safely dead; after all, Che himself was a murderous totalitarian thug in life, and not the mellow hippie rock-star sex-god most people might imagine, and even Stalin has his fans now), reviled, or forgotten. On the BBC News forum, there is a lot of rejoicing, most particularly from self-identified Iraqis.

And oil prices have fallen on the news, as markets anticipate the possibility of less violence in the region. 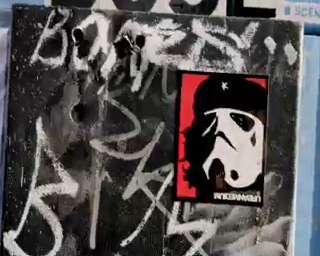