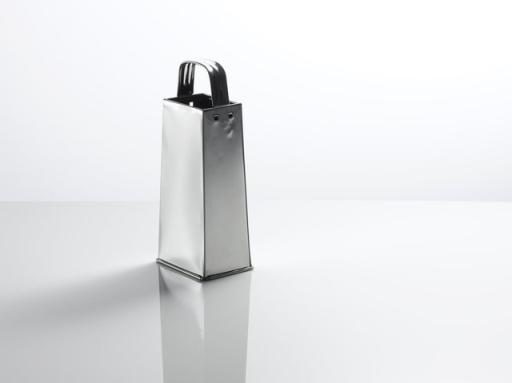 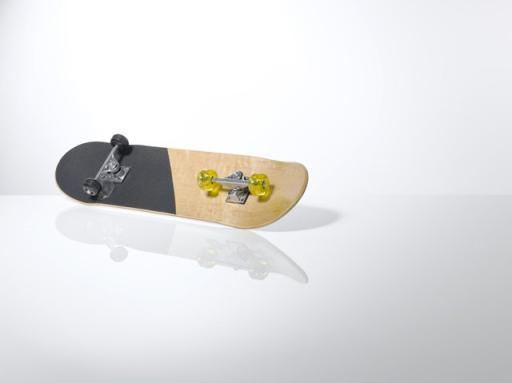 Meet Nakamatsu Yoshiro, also known as Dr. NakaMats, the veteran Japanese inventor with 3,377 patents to his name and a stream of inventions dating back to 1952, when he invented an early type of floppy disk. Nakamatsu's floppy disk (a wood veneer disc designed to replace punched cards) was not immediately successful, and neither was the digital watch he invented a few years later, though both ideas found their place decades later. (IBM actually licensed Nakamatsu's patents for the floppy disk in 1969, despite having come up with it independently.) Nakamatsu followed these up with a steady stream of inventions; a few have been enormously successful, funding both his elaborate residence (a high-rise building shaped like a floppy disk) in Tokyo and his more out-there inventions:

Among his other creations (he will earnestly tell you) are the CD, the DVD, the fax machine, the taxi meter, the digital watch, the karaoke machine, CinemaScope, spring-loaded shoes, fuel-cell-powered boots, an invisible “B-bust bra,” a water-powered engine, the world’s tiniest air conditioner, a self-defense wig that can be swung at an attacker, a pillow that prevents drivers from nodding off behind the wheel, an automated version of the popular Japanese game pachinko, a musical golf putter that pings when the ball is struck properly, a perpetual motion machine that runs on heat and cosmic energy and...much, much more, much of which has never made it out of the multiplex of his mind.

Dr. NakaMats is 84, though expects to live (and keep inventing) for another 60 years; he puts this down to his carefully controlled lifestyle regimen, which includes limiting sleep to only six hours a night, eating a special low-calorie diet (including a supplement, naturally, of his own invention, Dr. NakaMats' Rebody 55), as well as going on long underwater swims to starve his brain of oxygen, allowing inspiration to strike.

Dr. NakaMats is not without his detractors; some point out exaggerations in his claims (for example, the taxi meter, which he claims to have invented was patented in the US before he was born, and his claims to a perpetual motion machine, if taken at face value, are not compatible with the second law of thermodynamics). And none other than Kawakami Kenji, the founder of the absurdist (and militantly noncommercial) invention praxis of chindogu, has criticised Nakamatsu for his focus on money and self-glorification:

“Real inventions open our hearts and minds, enrich our lives, bring us closer together,” says countryman Kenji Kawakami, the anarchic founder of chindogu—intentionally silly and impractical creations that are not useful, patented or for sale. “Dr. NakaMats is all about money and fame and ego.”

Sony's R&D department has developed a lifeblogging device for cats. Well, not so much for the benefit of the cats, who remain blissfully oblivious of the online world, their social instincts not extending far beyond their sense of smell, but for their owners; think of it as narcissism crossed with Munchausen's by proxy. Anyway, the device is mounted on the cat's collar and contains a camera, an accelerometer and a GPS receiver, and can record your cat's whereabouts and activities and post fixed phrases to Twitter (via a home PC) when specific events happen, infringing on your cat's dignity and civil rights in a formulaically cutesy way:

Interesting idea, but I believe this chap was first. 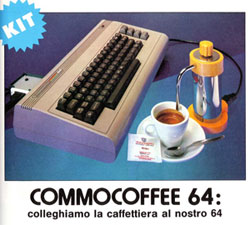 Not sure what to put in the remaining 5¼" drive bay of your souped-up PC, next to the DVD rewriter, 50-function fan-controller/card reader and graphical status display? How about an audio cassette deck. It plugs into a serial port and your sound card through a breakout box, comes with Windows software for controlling it and recording from/to audio cassettes, and can be yours for a mere US$149 (from ThinkGeek, not surprisingly).

Pataphysics in the News: In Austria, a group known as the Society of Surplus Thought is having a chindogu-esque exhibit of failed inventions, such as the roll-up zebra crossing, the heated garden gnome that melts snow and the transparent suitcase designed for easy customs inspection. And it looks like turning into a permanent fixture; the Austrian government has agreed to subsidise a Nonsense Museum to house the exhibits.